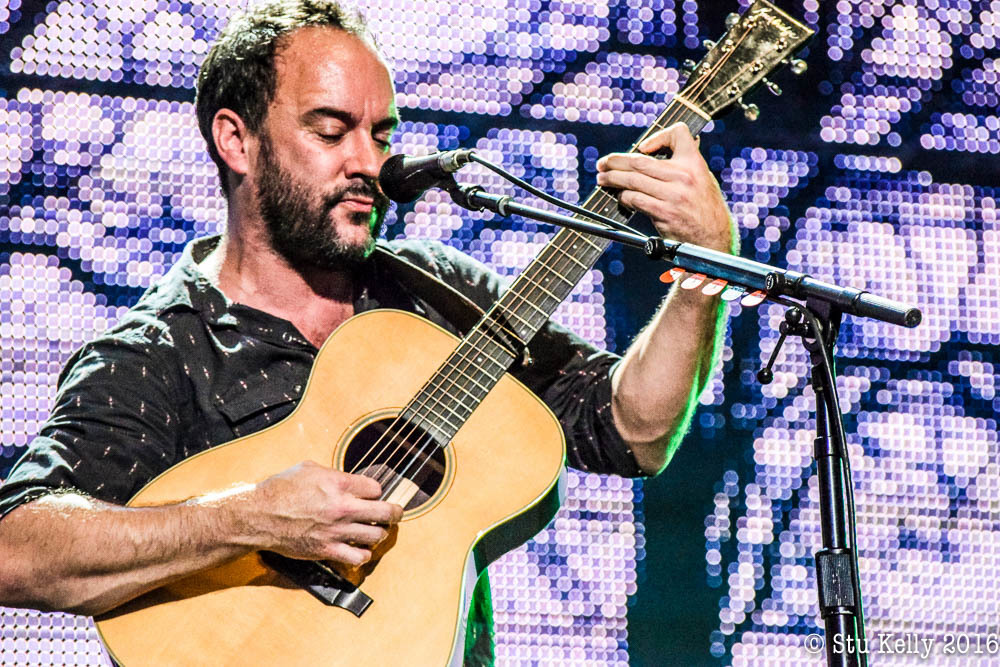 Dave Matthews and Tim Reynolds closed out their summer tour at Merriweather Post Pavilion on Sunday June 18 in Columbia, Maryland. The duo’s 2017 summer tour was extremely successful as Dave and Tim made their way through 14 different cities, featuring 18 shows and 467 songs performed (average of 25.94 songs per show). The group even managed to work in tour debuts late in their tour, at SPAC, leading up to their final date at MPP. 2017 marks the 50th anniversary of the beloved venue and after a fresh multi-million dollar renovation project, MPP is better than ever. Dave and Tim closed their summer tour with conviction with a career spanning setlist featuring a few guests throughout the night.

The duo opened up with “Warehouse” which was a well executed and left the crowd with a good sense of foreshadowing for what was to come. After a strong opener, Dave and Tim adopted a casual flow of upbeat songs with more ballads and softer numbers. For example, “Old Dirt Hill (Bring That Beat Back)” led into “So Much to Say” which found its way into “Where Are You Going” and “When the World Ends,” only to shift gears and make room for “Don’t Drink the Water.” The up and down momentum felt like a roller-coaster of emotion that can only be compared to the bittersweet feeling of a tour closing show.

Other notable highlights in the middle of the set were “Lie in Our Graves” even though it didn’t feature the reprise portion of the song, “Crush” and “Virginia in the Rain.” Dave and Tim welcomed Ben the Sax Guy for a rousing one-two punch of “#41” > “Tripping Billies.” Joe Lawlor sat in next with Dave and Tim for “Corn Bread,” a tune he usually contributes to on tour closing shows. This was however the first time Lawlor took the stage in the acoustic setting with Dave and Tim. Lawlor is a live recording engineer for the Dave Matthews Band but he’s most recognized by fans as the “setlist guy” since it’s his duty to put the group’s pre-printed setlists on stage before the shows start.

Tim Reynolds flexed his range when he played a beautiful solo instrumental tribute to Led Zeppelin with “Ten Years Gone” -> “Kashmir.” The two Physical Graffiti tracks were so well received Reynolds reprised “Ten Years Gone” before Dave returned to the stage with “Satellite.” “Grey Street” surfaced next and had a pretty piece of improvisation between Dave and Tim before the opening chords came crashing through the PA. The show closed with “Funny the Way it Is,” off 2009’s Big Whiskey & the GrooGrux King, into “Two Step.”

Dave shined in the encore slot as he emerged solo and played a stunning version of “Some Devil” before Tim returned for “Granny” and “Dancing Nancies.” It’s not uncommon for Dave to deliver a “Dancing Nancies” -> “Warehouse” combination, especially with DMB, so it was interesting to see the two songs inverted as they made up the opener and final encore slot. Dave and Tim will next take the stage this year at Farm Aid on September, 16 in Pennsylvania.