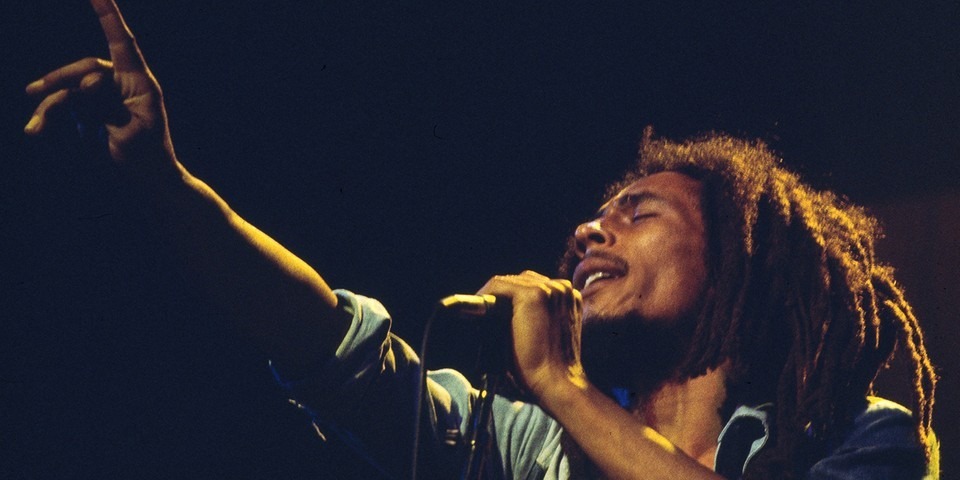 In 1977 Bob Marley and the Wailers embarked on an extensive tour in support of their new studio album Exodus. The Bob Marley estate recently released the full HD concert of his legendary show from the Rainbow theater.

This show took place on June 4th, 1977. The 13-song set includes the classics “I Shot the Sheriff,” “No Woman, No Cry,” and “Lively Up Yourself.” This performance was the final stop on the Exodus tour, after Marley suffered a toe injury from playing soccer. Originally the band had seven nights booked for the Rainbow theater, but the final two (June 5th and 6th) were canceled.

Three years earlier the band was navigating their way through monumental peaks and contrasting deep valleys. For example, the band was catapulted to another level of fame after Eric Clapton covered “I Shot The Sheriff.” Despite the recent success, the band was dealt a blow when Peter Tosh and Bunny Wailer left the Wailers that same year in 1974.

This particular performance showcases the band at the height of their prowess. The music was airtight but still found plenty of room to let loose and navigate through many different layers of improvisation. The band opened up with one of their traditional openers “Trenchtown Rock” and set the tone for the rest of the evening. There was no doubt this performance was going to be special. Other highlights include a smoking “Rebel Music (3 O’Clock Roadblock),” “Them Belly Full (But We Hungry),” an extended mashup of “War/No More Trouble,” “Jamming” and the energy driven final song of the evening “Exodus.”

This show was also released recently on vinyl for the first time and fans can still enjoy the full performance on Bob Marley’s official YouTube page. If you want to see a snapshot of what this band was capable of doing in their purest form look no further than the 1977 performance at the Rainbow theater.

Live at the Rainbow Tracklist

Watch the full performance in HD on Bob Marley’s official YouTube page below.