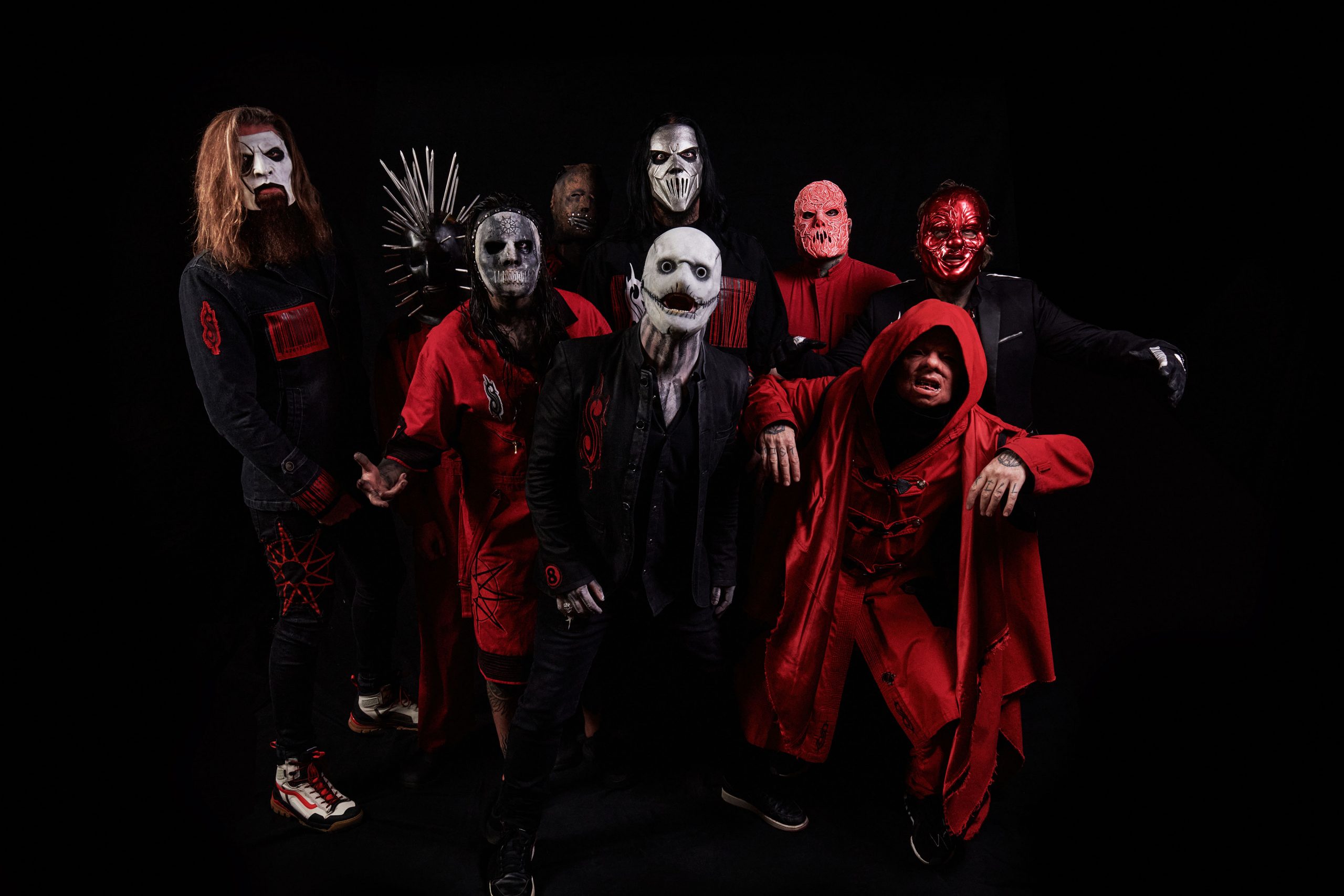 After months of playful teases and breadcrumbs from the band, yesterday Slipknot officially announced the details of their new album titled The End, So Far which was produced by Joe Barresi. The new collection of songs will be the heavy metal ensemble’s seventh studio release and the follow up to 2019’s We Are Not Your Kind. Slipknot will officially release the The End, So Far on September 30 via Roadrunner Records.

The band has also shared a new single, “The Dying Song (Time to Sing),” before the official release date later this year. The new track also comes with an accompanying video directed by percussionist and co-founding Slipknot member Michael Shawn “Clown” Crahan. The music video features chilling shots of a masked figure standing ahead of a low-lit crowd before cutting to shots of the band performing beneath strobe lights in a mirrored room.

“The Dying Song (Time to Sing)” features frontman Corey Taylor‘s powerful voice bellowing, “Die! Die! Die!” over thrashing guitar and cascading drums – which have all become integral to the band’s signature sound. “When no one else is listening, only when you’ve had enough,” Taylor sings. “Time to sing this dying song alone.”

Slipknot is currently in the midst of a world tour that features dates in Europe, the United States, South America, and Japan. For a full list of shows check out their official website here. Fans can pre-order The End, So Far via the band’s official merch store here. The new album will be available as a LP (multiple versions), CD, cassette, on streaming services, and digital download. Special merch packages are also available.