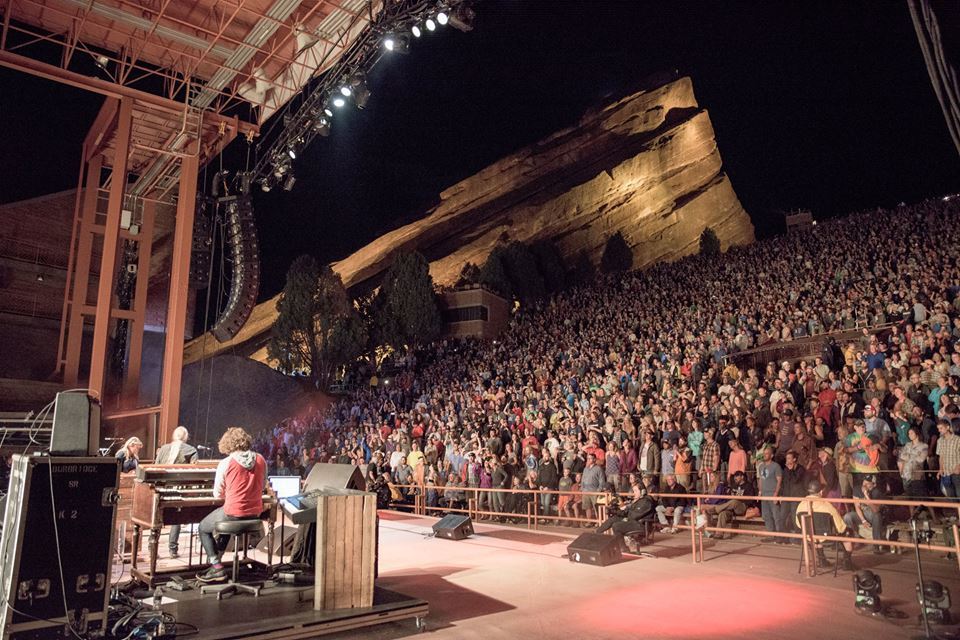 On July 30, the Tedeschi Trucks Band played the beloved Red Rocks amphitheater with Widespread Panic’s frontman John Bell as a special guest. TTB released footage of the Southern rockers working through Bob Dylan’s 1967 release “Down Along The Cove” backstage. Bell would emerge in the middle of the set for a full swing on the Dylan classic and stick around for a cover of James Carr’s “Dark End of the Street” and Leon Russell’s “Delta Lady.”

This was another stop on the Wheels Of Soul tour with Hot Tuna and The Wood Brothers where it became common for TTB to welcome members of the opening band for a few numbers during their set. This show was no different as Jack Cassidy emerged first for a take on Allen Toussaint’s “Get Out Of My Life, Woman” before Jorma Kaukonen reunited with his band mate during the headlining slot and covered Elmore James’ “The Sky is Crying.” Other notable covers from the evening include Derek & The Dominos’ “Everyday,” The Rolling Stones’ “Sweet Virginia,” Bobby “Blue” Band’s “I Pity the Fool,” The Allman Brothers Band’s “Whipping Post” and another take on Leon Russell’s “A Song For You” in the encore slot. TTB also threw in a cover of Blind Willie McTell’s “Statesboro Blues” and the traditional number “Will the Circle Be Unbroken?” before capping off the evening with one of their most treasured originals, “Bound For Glory.”

Watch Tedeschi Trucks and John Bell work through the Bob Dylan classic below.