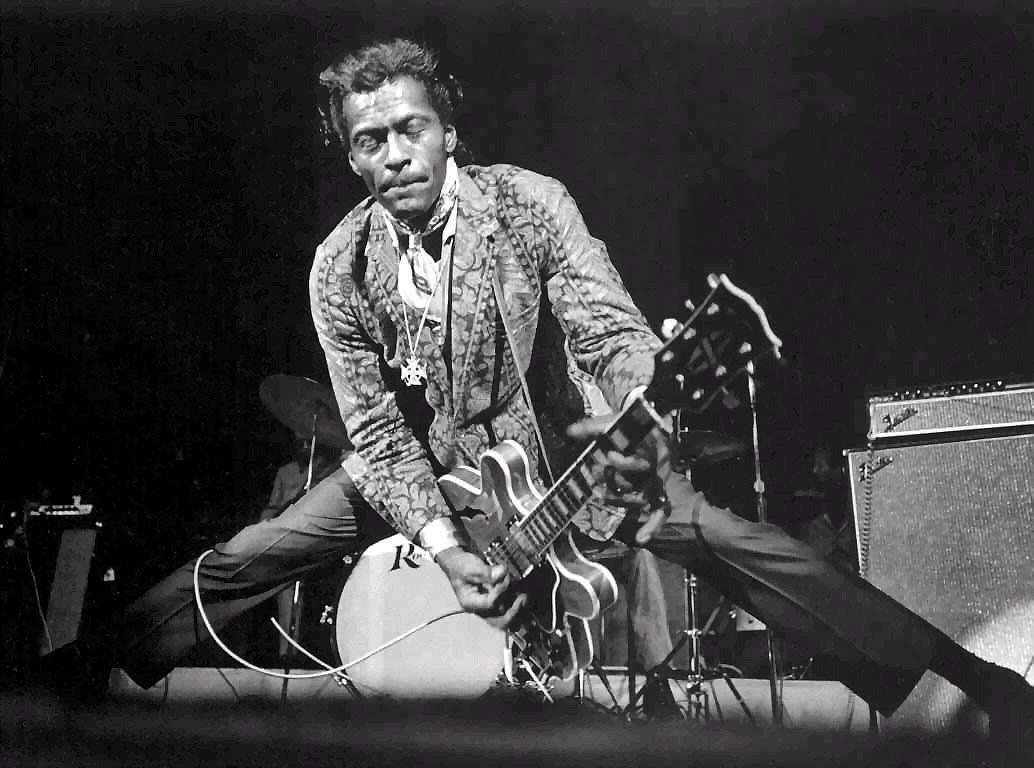 Legendary Rock and Roll pioneer Chuck Berry passed away on Saturday March, 18 just outside of his hometown St. Louis. He was 90 years old. The St. Charles County Police Department in Missouri responded to a medical emergency on Buckner Road, upon arrival an unresponsive male was discovered. After immediately administering lifesaving techniques, it was determined Berry couldn’t be revived and was pronounced deceased.

Berry was iconic in both developing and defining the Rock and Roll genre in the mid to late 1950’s. He also fully embraced the the rebel persona that came with the genre. As a professional trouble maker, Berry wrote about an incident in 1944, while still in high school, where he was convicted of armed robbery after holding up three shops and stealing a car at gun point. Berry later admitted the pistol was non-functional. During his time at Intermediate Reformatory for Young Men at Algoa, in Missouri, Berry formed a singing quartet where he developed his love for music.

Berry was released on his 21st birthday in 1947 and by the early ’50s he was playing with local blues ensembles around the St. Louis area. Berry reached a larger audience mostly due to his excessive showmanship and showboating larger-than-life on stage persona.

Songs such as “Maybellene” (1955), “Roll Over Beethoven” (1956), “Rock and Roll Music” (1957) and “Johnny B. Goode” (1958) all marked major shifts in his career. These songs would eventually have a major impact and influence on The Beatles and The Rolling Stones early on in their respected careers.

Chuck Berry’s legacy will forever be cemented as one of the most influential artists of all time. As an artist he fully encapsulated the essence of Rock and Roll.