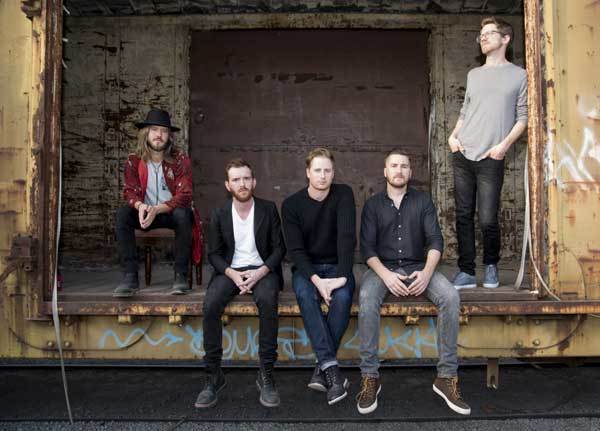 The new song was produced by the band’s lead guitar player, Spencer Thompson, who originally stepped into the producer role while working on the band’s sophomore studio album Cabaret. Trevor Turndrup, the band’s lead vocalist, explained the song as “a song about hope. Hope for understanding, hope for acceptance, and hope for our future. We were inspired by the simple and universal peace sign. It’s a gesture we would like to see more of.”

“Two High” is a beautiful representation of Moon Taxi’s steady trajectory incline since the band’s early years. Moon Taxi has an incredible understanding of how to craft a song, relying on complex arrangements and deep composition. The new song is available for purchases here.