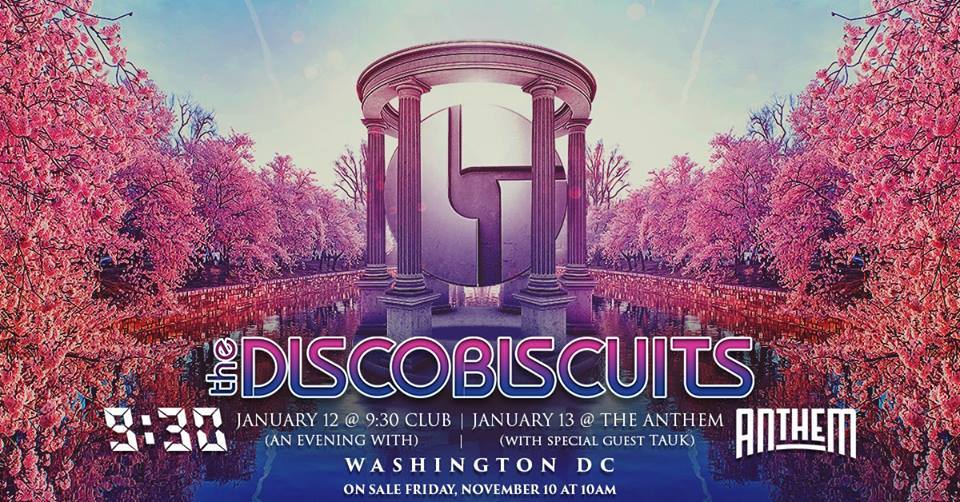 Jamtronica juggernauts the Disco Biscuits are coming back to our nation’s capital for two nights at two of D.C.’s most beloved venues. The quartet will kick things off at the 9:30 Club for “an evening with” the Disco Biscuits on Friday, January 12. The band has a lot of great history at the 9:30 Club, including a surprise appearance from the Grateful Dead‘s Bill Kreutzmann and Mickey Hart in 2014.

The following night, the band will have the opportunity to write their history at one of D.C.’s most recent additions, the Anthem where they’ve tapped multifaceted instrumental act TAUK to kick off the evening’s festivities.

The pre-sale request is now open here. Tickets will be available this Friday at 10 a.m. via TicketFly here.

A limited number of two-night packages for 9:30 Club (1/12) + The Anthem (1/13) will be available. The General Admission two-night package gives patrons GA access to both the 9:30 Club and Anthem shows. Patrons who purchase a two-night package are encouraged to hang on to their ticket after night one, as the same ticket will be used for night two.