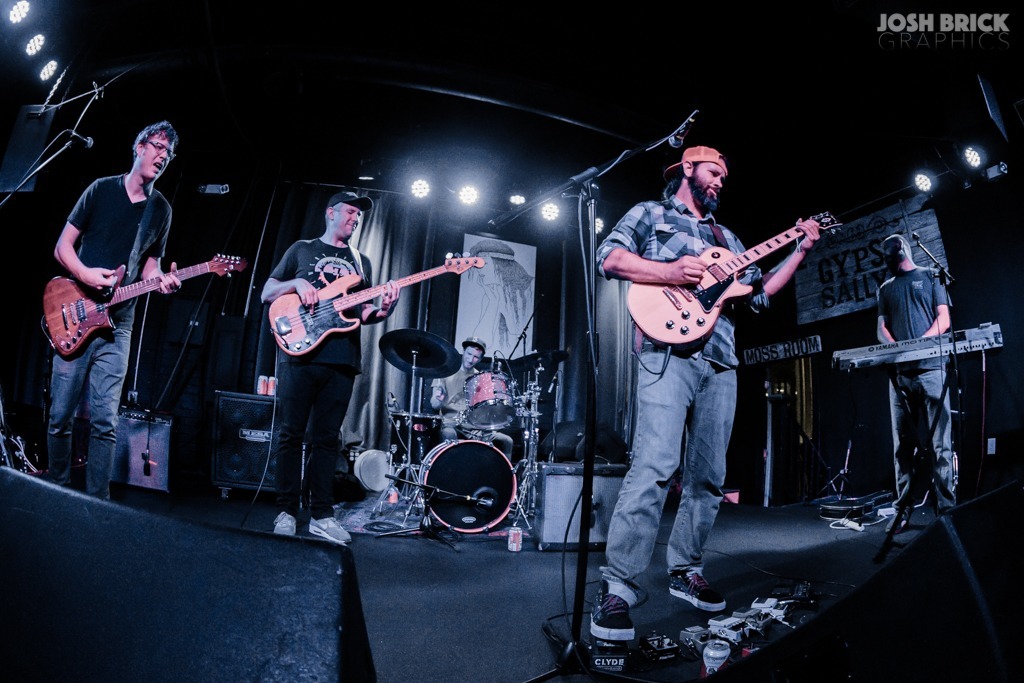 On Thursday, September 14, Gypsy Sally’s was yet again pulsing with music, and this time it was with the melodies of two beloved veteran acts, D.C.’s very own Staycation, and touring South Florida, rock-reggae act, The Heavy Pets.

Staycation kicked things off for the evening, with groovy bass lines, funky riffs and a strong leading horn section to tie it all together. Well-versed with keeping the crowd at Gypsy Sally’s on their feet, they were the perfect welcome for a traveling act, bringing in troughs of the bourgeoning D.C. music community that surrounds the Georgetown waterfront venue.

Between the soaring guitar solos, interplay of Kaiser and Sautter on Keys, Ray and Sautter trading sax solos, the group certainly left their sonic mark on the audience. Staycation released a five-track EP on September 20, titled Escape Plan, and audiences were able to get a live sneak-preview of “Keep On Moving,” “Intellectual Property,” and “Escape Plan.” Additionally, the group executed an exceptional cover of “Blast Off” (Lettuce), and a tease of “Two Tickets to Paradise” (Eddie Money) in “Reflection.”

Although guests in the D.C. area, The Heavy Pets, are at home at Gypsy Sally’s. The venue is a routine stop for this touring act, and I’ve seen them fill the venue floor any day of the week.

With their unique blend of rock-n-roll and reggae, The Heavy Pets have been bringing their dedicated fans their powerful songwriting and unforgettable live performances for over a decade now. To learn more about their creative process, read our interview with Jeff Lloyd, from the last time The Heavy pets took the stage at Gypsy Sally’s in May.

Their current studio effort, Strawberry Mansion, is in the works for a release sometime later this year. On this night the crowd at Gypsy Sally’s got to hear a live edition of the first single that they have released off their new album, called “Higher.”

Among that, The Heavy Pets kicked off with “Carry the Man,” we got a “3 AM” with a heavy Garulli solo, their immaculate “China Cat Sunflower” into “I Know You Rider” rendition and a “Sopressatta” to close out the night. Lloyd's deep grooves and vocal range permeated throughout the evening, amassing yet even more fans for the group, while Wuest, Newitt and D'Amato kept the heartbeat of the music rolling, with Wuest at times taking over the vocals.

Please enjoy this photo gallery of the evening by Josh Brick.