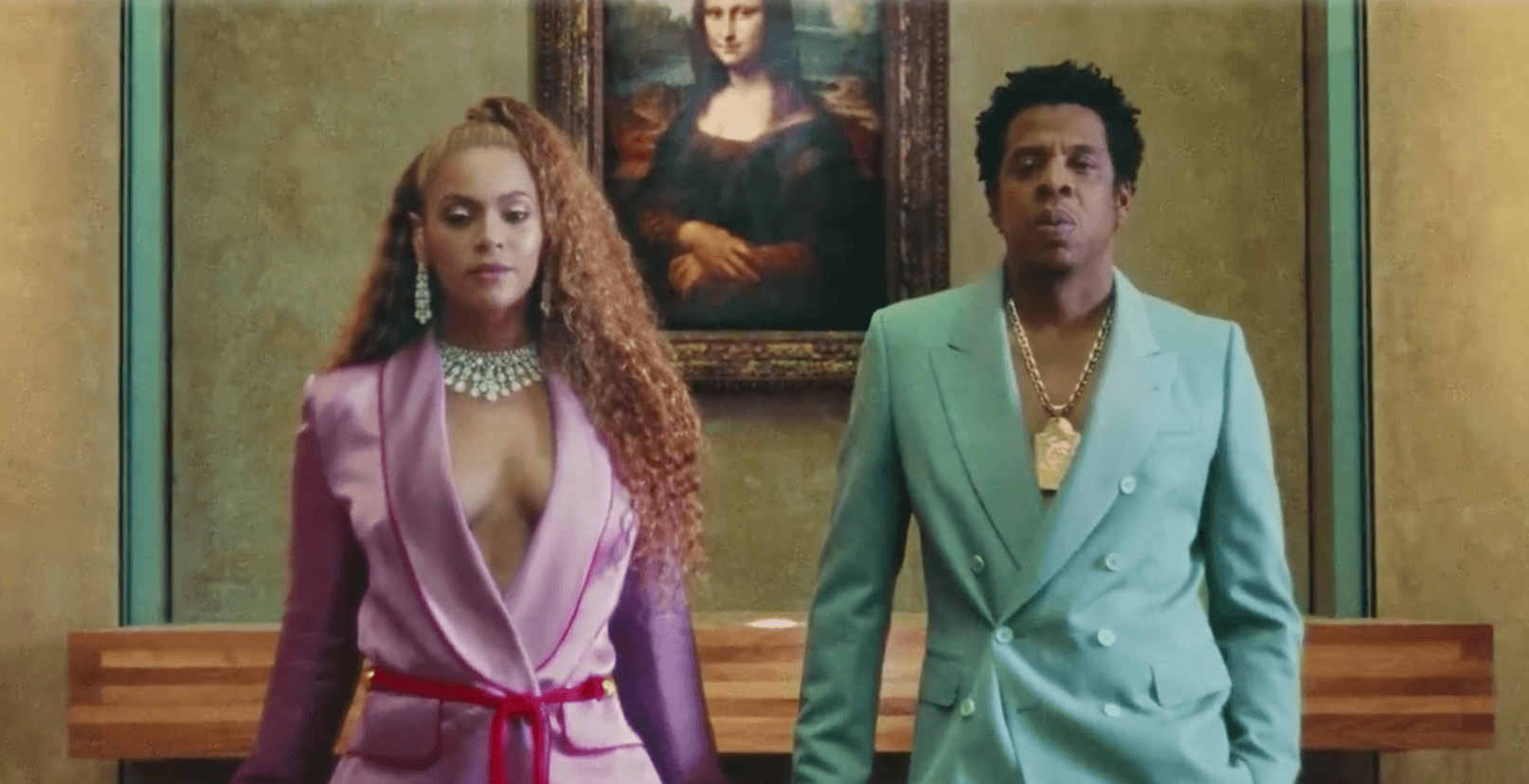 Last night in London Beyonce stood in front of a sold out crowd and took some time to thank the masses for their consistent outpouring of love. Bey, who was in London in the midst of her On The Run II tour with her husband JAY-Z, kept the crowd enthralled with every word she used to address the arena. Nobody was prepared for what was coming next, as the juggernaut duo announced a brand new collaborative album titled Everything Is Love.

The Carters have also released a video for the album’s first single “APESHIT,” which also features include Offset and Quavo of Migos. The couple shot the music video in Paris back in May at The Louvre.

JAY wastes no time and uses the album’s first single as a platform to call out the Grammy’s and the NFL. HOV raps “I said no to the Super Bowl/ You need me, I don’t need you/ Every night we in the endzone/ Tell the NFL we in stadiums too.” Later in his verse, he calls out the Grammys for 4:44 winning no awards, despite being a leading nominee: “Tell the Grammys fuck that 0 for 8 shit/ Have you ever seen the crowd goin’ apeshit?”

This is the first ever collaborative album between JAY-Z and Beyonce. Individually they’ve basked in the successes of their most recent solo studio albums with Beyonce’s Lemonade (2016) and JAY’s 4:44 (2017).

Check out the official video below, which has already racked up over 5 million views in its first 24 hours after being released.