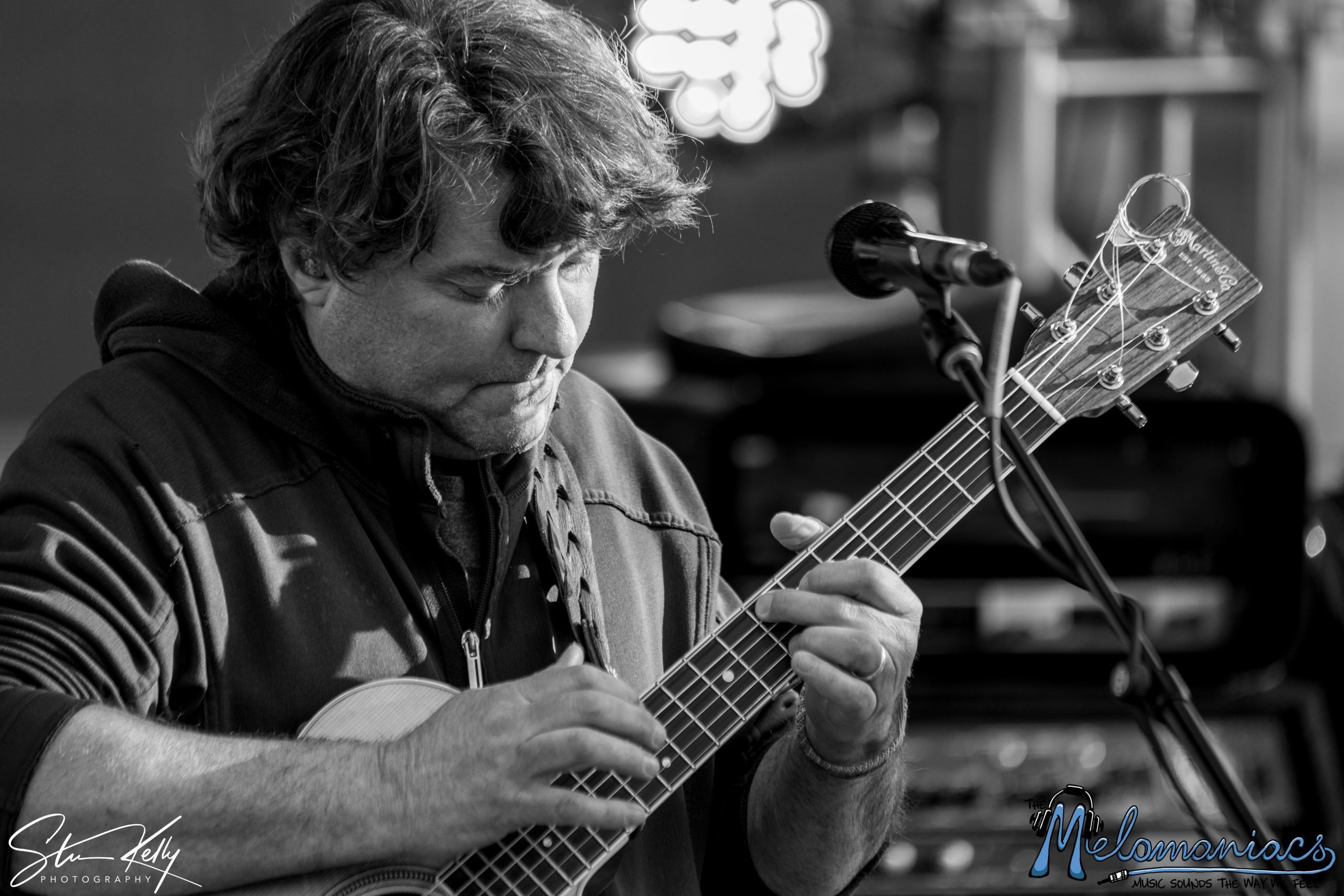 Keller Williams pulled out all the stops as he descended upon B Chord Brewing, in Round Hill, Va, for two nights of music that included a solo acoustic sets and his beloved side projects Keller and the Keels and Grateful Gospel. The Round Hill Ramble was packed full of everything the average live music consumer has been deprived of over the last year. That feeling of utopia came a surging wave of hope for more live music in 2021 as the venue and patrons were both practicing COVID-19 safety protocols.

The Spring season is upon us and with vaccinations rolling out rapidly we just may be able to see outdoor live music on a larger scale this year. However, given the probability that large scale shows wont fully return to their original capacity till 2022 the Round Hill Ramble felt like a dream come true with the most uncertain of times now in our rear view mirror.

B Chord Brewing is a Virginia Farm Brewery located in Western Loudoun County, Virginia where they host live performances right on their tasting room stage. The outdoor space is gorgeously tucked away on in the Virginia mountains that feels like a home away from home. According to the brewery’s website, “B Chord” is old Bluegrass slang for “the best of its kind.”

Keller and the Keels kicked off the first day of the two-night Round Hill Ramble with a scorching two sets of their beloved bluegrass numbers. The weather that day was especially cold but the trio’s music was on fire. Keller, along with husband/wife duo Jenny and Larry Keel are known for their lively stage presence and overall joyous good vibes. The trio was all smiles as they walked through several of their original numbers and didn’t shy away from a lot of fun covers.

Opening up their first set with “Two Tickets To Paradise” which was a fitting cover as the next two nights were dedicated to exploring Keller Williams’ musical genius with several of his friends along for the ride. Other notable covers from the first set included Weezer‘s “Island In The Sun,” Nicki Bluhm and the Gramblers‘ “Little Too Late” and a gorgeous medley of Tom Petty‘s “Mary Jane’s Last Breakdown.”

Keller and the Keels left plenty of room to work in their original numbers which included “Goof Balls,” “Crater In My Backyard” and “Medulla Oblongata.” One thing that’s abundantly clear is how much fun all three members were having on stage. They were all smiles as they locked eyes with each other and it was evident they had missed moments like this just as much as the fans have in the audience. The weather this day was especially cold, and it got down to the 30s at night, but the band pushed through it all and put together and incredible performance.

After a quick set break the band returned rejuvenated and well-rested, ready to close out the first night with vengeance. The second set also had a lot of fun covers which included Marcy Playground‘s “Sex and Candy,” Foster The People‘s “Pumped Up Kicks,” Amy Winehouse‘s “Rehab,” a medley of Jerry Garcia and Beck‘s “Loser”, Yonder Mountain String Band‘s “New Horizon” and a deep psychedelic take on Pink Floyd‘s “Another Brick In The Wall.”

When it was all said and done fans were left satisfied yet anxious for the next night of music. There was a palpable energy flowing through the crisp mountain air. One that bolstered a community of music lovers eager to come out of a year long forced hibernation.

Keller kept the crowd enthralled and entertained as he worked through a nice blend of originals and covers. The sun was shining and the weather was slightly warmer than the first night. Keller kept the spirits high when he honored a fan’s sign requesting “Bob Rules,” Keller’s original song from his Laugh album where he dreams about being selected as a participant on TV game show The Price Is Right. Keller even threw in a cover of Lizzo‘s “Truth Hurts” during the requested number. Warren Zevon‘s “Lawyers, Guns, Money” made a rare appearance as well.

The gears shifted for the Grateful Gospel second set as Keller came with a full band ready to take a creative spin on beloved Grateful Dead songs. The band wasted no time opening up with “Promised Land” which found its way into a rousing version of “Eyes of the World.” The audience even sang along during the chorus which only fed that energy back to the band on stage. Keller and company opted for “Franklin’s Tower” > “I’ll Be With Thee” before the highlight of the weekend came when the band dropped into a reggae dub take on the beloved ballad “Brokedown Palace.”

During “Here Comes Sunshine” > “Midnight Moonlight” John K found a solid groove on the lead guitar and Keller purposefully took the back seat to let him steer the ship. As serendipity would have it they worked in “Who Was John” just as the band really started firing on all cylinders. John K is no stranger to the Grateful Dead’s catalog as he got his start with Dark Star Orchestra before moving up to work with Bob Weir and Phil Lesh in Furthur. Recently, he’s been active with his band the DC Mystery Cats.

The band wrapped up the second set with a four-song punch that included “Ride Mighty High” > “St. Stephen” > “Samson And Delilah” > “Feel Like A Stranger” that put the cap on an absolutely incredible two-night run of music. After a quick break the band returned and played a soulful version of “Ripple” to send us all on our way.

Check out photos from the full weekend below.