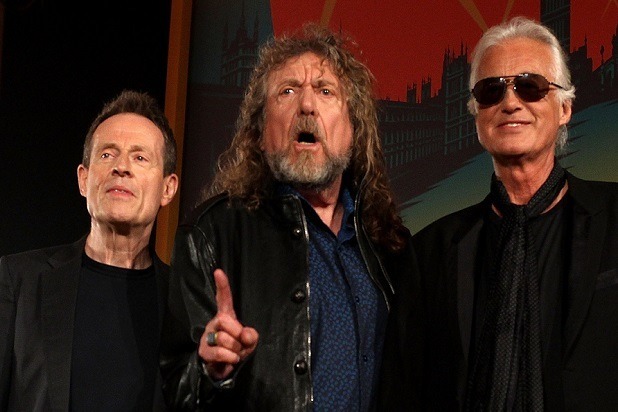 Multiple reports have been circulating around the legendary rock and roll act Led Zeppelin making their triumphant return to the stage at the second installment of the Desert Trip festival, in Indio, California. The speculation began when a cryptic message surfaced on Robert Plant’s official website that reads “Any time now..”

Led Zeppelin haven’t performed together since December 2007, when they played at London’s The O2 as part of the Ahmet Ertegun Tribute Concert. Over 20 million requests were made for tickets to the show. With the band’s 50th anniversary looming in 2018 it seems that Plant may finally be entertaining the idea of reuniting at Desert Trip and extending a tour into 2018. Led Zeppelin reportedly turned down over $14 million a day to perform at the fist installment of Desert Trip in 2016, which featured acts such as The Rolling Stones, Roger Waters, Paul McCartney, Bob Dylan and The Who.

While Plant is known to be working on new material with his solo band The Sensational Shape Shifters, something the cryptic message could be referring to, the rumor mill has been turning and picking up steam about a full on reunion. If the band were to reunite Jason Bonham (son of the late original member John Bonham) would be the most likely option to command the drum kit. Other artists to fill in on drums after John Bonham passed away in 1980 have been Phil Collins and Tony Thompson (both in 1985).

Still no official word yet, but according to Robert Plant something is coming any time now.