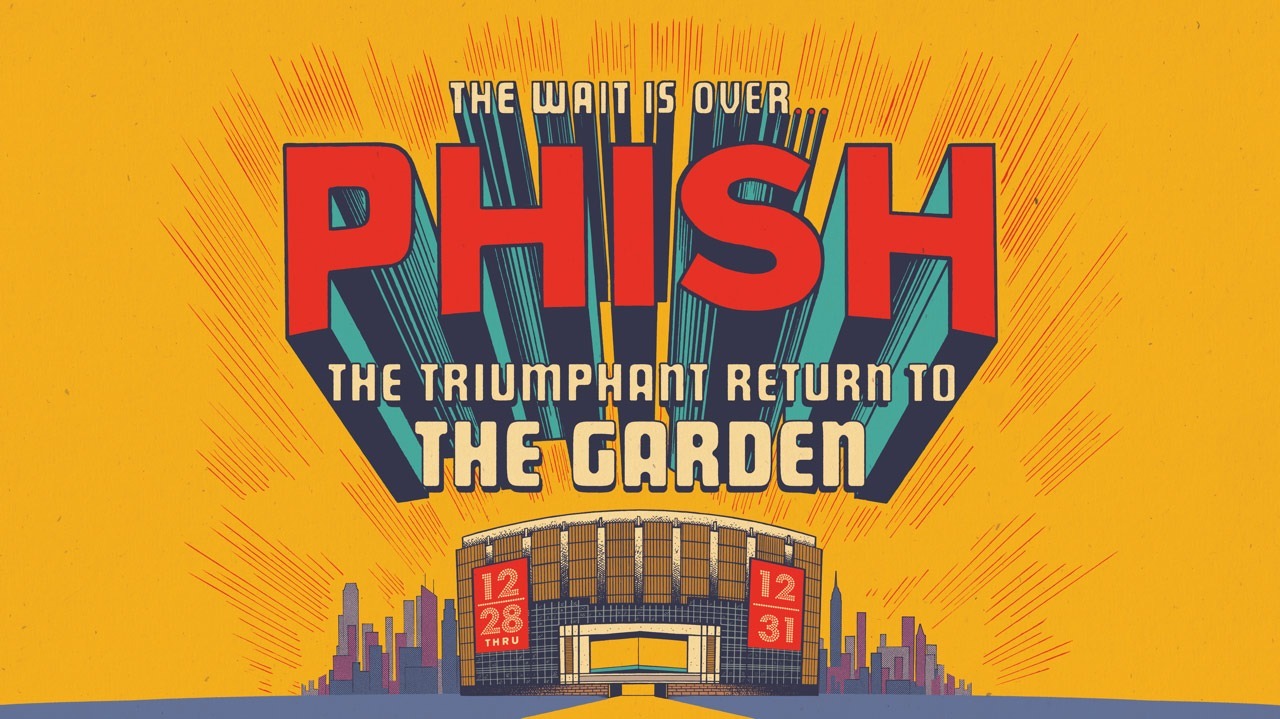 The Vermont quartet have just announced a four-night run to ring in New Year’s Eve at Madison Square Garden from December 28 – 31. This will bring Phish’s total shows at the famed venue to 17 this year and 56 overall throughout their career, dating back to their first show at the world’s most famous arena on December 30, 1994.

An online ticket request period is now underway at http://tickets.phish.com (ending Monday, October 2 at 10 a.m. ET). Tickets go on sale to the general public beginning Friday, October 6 at Noon ET at ticketmaster.com or charge by phone at 866-858-0008.

Phish and CID Entertainment are also offering travel packages for the New Year’s Run (which include hotel and tickets). Phish will be donating their proceeds of these travel packages to the WaterWheel Foundation. Travel Packages go on sale Friday 9/22 at Noon ET at bit.ly/PhishNYE17_TP