Queens of the Stone Age Support New Album in Philadelphia 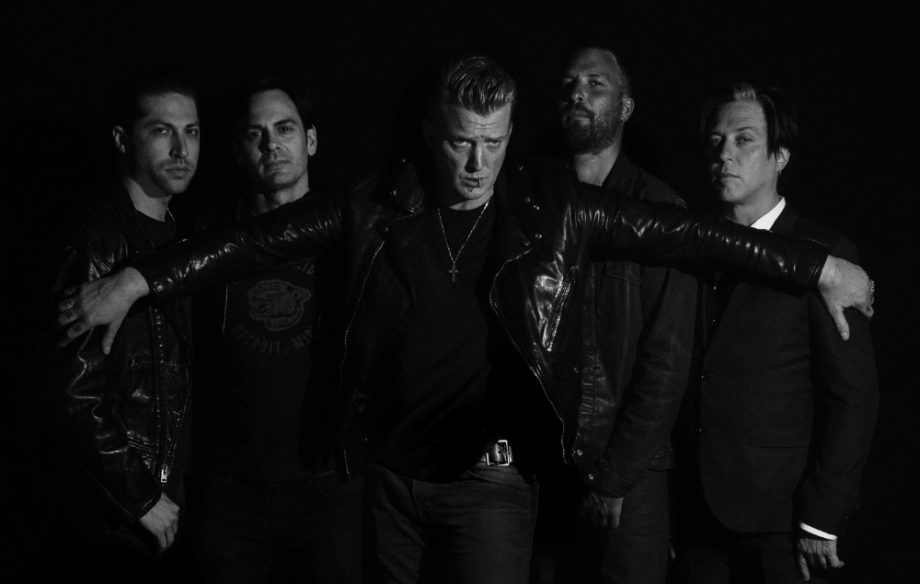 Queens of the Stone Age made their second stop on their tour supporting their brand-new album, Villains, last Thursday at Festival Pier in Philadelphia. Playing the city of brotherly love for the first time since their now-infamous show at the Mann Center in 2014, the black and red clad ensemble came out firing on all cylinders. It was evident from the first notes of “My God Is the Sun” that Josh Homme and the boys still maintain the utmost swagger that audiences over the years have fallen in love with.

There are lead singers, there are vocalists, there are frontmen, and then there is Homme. His 6’ 4” frame gives him a presence unlike any other, magnificently boogieing and strutting in front of the microphone. On this night, rocking a black and red cowboy shirt, he was electric from start to finish. Notably, during an encore rendition of “A Song for the Dead,” Homme stated after Jon Theodore’s drum solo that he wanted all the lights up to see the massive crowd, this right before exploding back into the song’s aggressive final minute. What is also astounding is that his presence does not take away from the staggering prowess of the rest of the band.

QOTSA mixes perfectly together as a five-piece unit, with each member adding a touch of their own flavor. Troy Van Leeuwen is a wizard on the keys when called upon, Dean Fertita a perfect complement to Homme on guitar, Theodore a monstrous savage behind the kit, and Michael Shuman a headbanger of bass lines nonstop throughout the show. Altogether, these gentlemen brought a power and ferocity that captivated the crowd for over 90 minutes, blazing through a setlist spanning their robust catalogue.

There were numerous highlights during the gig, but to list them all would make this article into a longform. “Turnin’ on the Screw” and “Sick, Sick, Sick” were standouts from Era Vulgaris, while the band worked in classic hits including “No One Knows,” “Little Sister,” and “Go With the Flow.” Specifically, Theodore took a 30-second drum solo during “A Song for the Dead” that made the entire crowd lose their collective minds. What is so interesting is that they could work brand new tunes like “The Evil Has Landed” and “Head Like a Haunted House” into their set for the first time without breaking a sweat.

It is clear after watching a band as mesmerizing as QOTSA that they have mastered the craft of the live show. There are bands who release new albums and have a difficult time integrating the new tunes into a set full of songs they have played for years. Not with these men. The new songs blended in perfectly with their fan-favorites, making for a night of huge sound and unforgettable musicianship. QOTSA is at the top of their game, and if the rest of the tour is anything like it was this night in Philadelphia, fans are in for a treat.