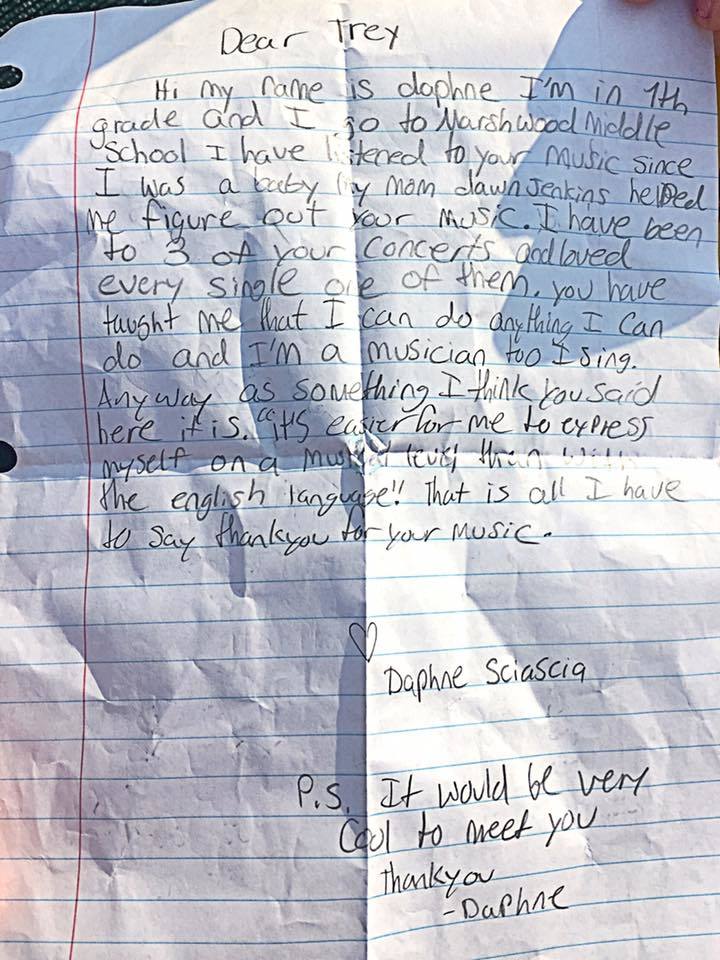 Trey Anastasio played Thompson’s Point in Portland, Maine as the Phish guitarist continued his tour with his solo band. A seventh grader, named Daphne Sciascia, was in attendance and riding the rail to see one of her favorite artists.

Sciascia managed to pass Trey an emotional heartfelt letter professing how much she loved his music, how she had been listening to his music since she was a baby and how she had already been to three of Anastasio’s concerts and “loved every single one of them.” In her letter, Daphne continued on to thank Trey for his dedication to his craft and how he inspired her to pursue singing. Daphne completely opened up and confessed “it’s easier for me to express myself on a musical level than with the English language.”

20 minutes later she received a response from the guitar guru thanking her “the kind words in your letter made my day.” Anastasio encouraged her to “keep singing!” and added “I do believe you can do anything.” He signed the letter, “with love and light.”

Check out Trey’s full response below.