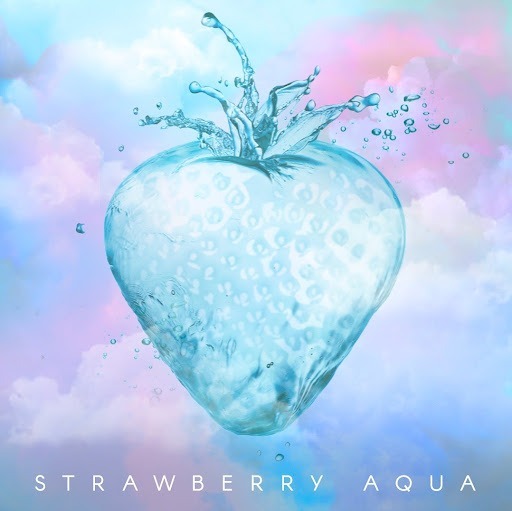 Strawberry Aqua has officially released their debut single today titled “Last Dance,” which will also be featured on the duo’s EP expected to be released in 2022. The dreamy, synth pop number is inspired by someone who believes their partner has lost interest in their relationship, but they’ve decided to give them a second chance to prove that they still care. The simple, playful, idealistic lyrics are both memorable and easy to sing along with.

The Strawberry Aqua duo is comprised of Becca Rogers and Marion Birdsall who met in elementary school in Tucson, Arizona and bonded over a shared love of making YouTube videos, sneaking into pop punk concerts, and writing pop music. After high school they lost touch for seven years. Shortly before the pandemic, they caught up and discovered they were both still passionate about songwriting. During COVID-19, it quickly became an outlet for each of them. Their first song was written in a day, and they found themselves in a studio two weeks later: Marion in LA and Becca in DC. Together they created their first song while having not actually seen each other in person since high school.

“The song should feel relatable to its listeners. Most of us have probably felt this way at least once in our love life–that feeling when you think you know what you need, and all you want is that other person to validate those feelings. It’s a lovesick anthem with an upbeat melody that might just make you forget why you were ever lovesick in the first place,” said Marion.

“We wanted the song to be simultaneously happy, sad, nostalgic, and yearning. It’s common to feel all of these emotions simultaneously, so we wanted to make the listener feel this through music. This is a common theme in our music: combining multiple conflicting emotions into one song,” added Becca.

“Last Dance” (originally titled “Always”) began as an instrumental electro pop song which Becca produced in New York City in 2016; she was inspired by leaving her hometown, Tucson, AZ for the summer and becoming immersed in the NYC music scene and techno clubs. The song was meant to portray a carefree, escapist feel by layering bright, dreamy, repetitive synths. “Last Dance” will also be featured in a fashion film, Avant Trois  in the Fall of this year.

2020 was no doubt a difficult year for everyone. However, 2021 is overflowing with a plethora of new creative outlets people discovered during lockdown. Strawberry Aqua is proof that the best things happen unexpectedly and that the silver lining of 2020 is the newly inspired artistic endeavors that came out on the other side. Fans can stream “Last Dance” on Spotify, Apple Music, Amazon Music, and other major platforms. Strawberry Aqua is poised for big things throughout the rest of 2021 and gearing up for a massive year in 2022 with the release of their EP. Check out the band’s official website here and be sure to keep up with their social media for official announcements and more releases.