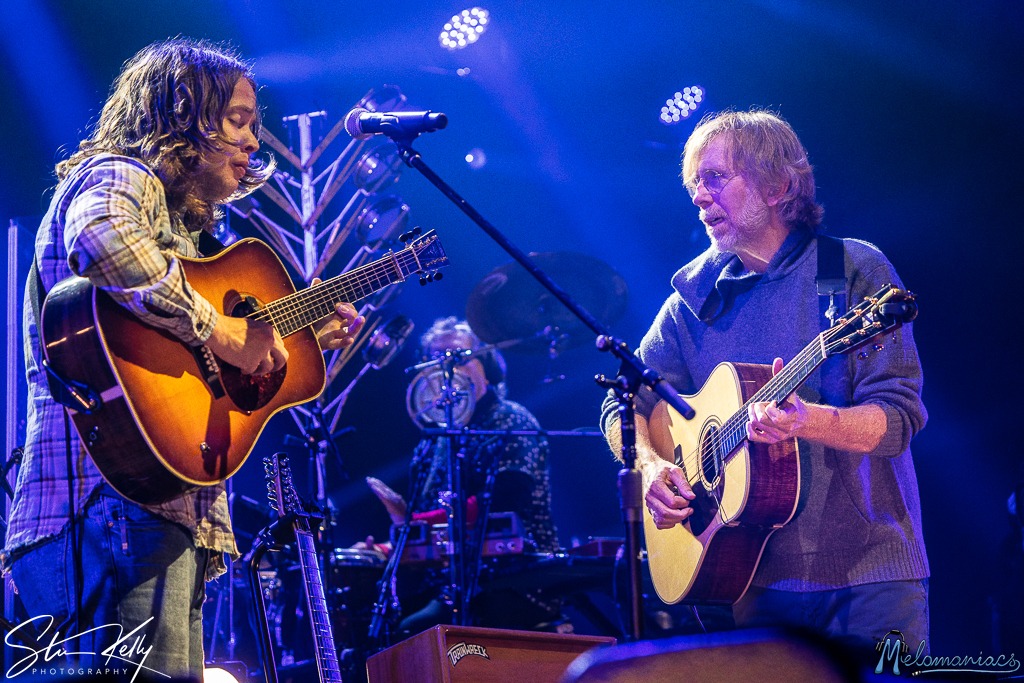 The stars aligned last week as two of the most beloved musicians in the jam band community finally shared the stage for the first time.

Fans were treated to a colossal collaboration between Billy Strings and Trey Anastasio Band last Thursday in Fairfax, Virginia. Billy was fresh off his gig in Richmond and heading up to Washington, D.C. to play two sold-out shows at The Anthem. Billy made the most of his off day by sharing the stage with one of his idols.

Billy came out and played his original staple “Meet Me at the Creek” with Anastasio accompanying him on his acoustic guitar. The bluegrass virtuoso never left the stage after that moment and went on to contribute to “Possum,” “The Moma Dance” and “Gotta Jiboo” before taking an encore break (Moma and Jiboo also featured Rick and Peter from Goose). Billy returned during the encore for “Love and Regret” and “Water in the Sky,” both performed solo with Trey Anastasio on acoustic guitars.

Rick Mitarotonda and Peter Anspach from Goose returned for “Back on the Train” before all of the members of TAB and Goose reunited on stage with Billy Strings to play the heavy-hitting Phish number “Carini” putting an exclamation mark on a truly unbelievable night of music.

Check out pro-shot footage of “Meet Me at the Creek” below in what Trey Anastasio describes as “one of my favorite moments from the TAB/Goose tour.”