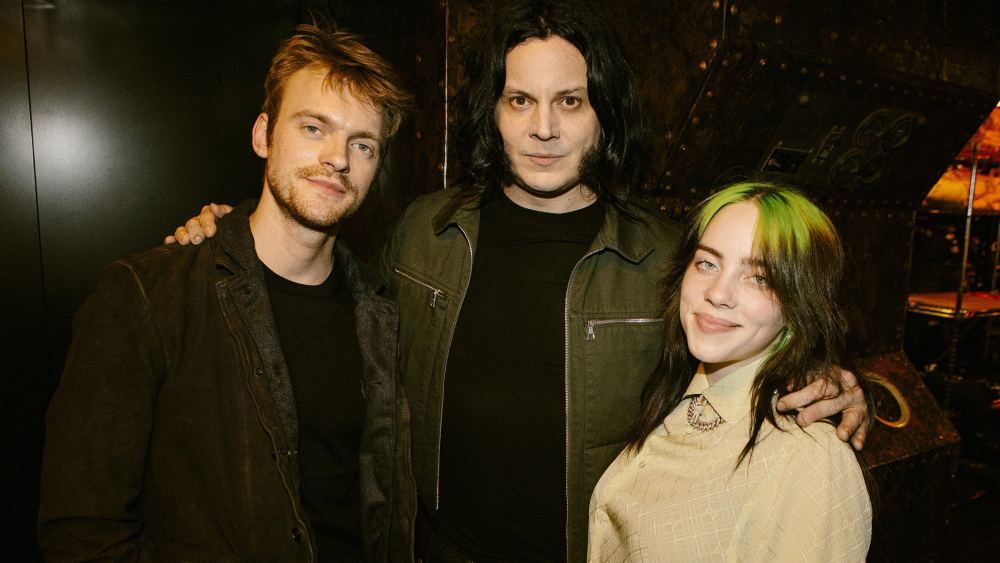 On Wednesday Billie Eilish and her brother Finneas O’Connell recorded a special live album at Jack White’s Third Man Records studio known as The Blue Room. The 11-song set was recorded direct-to-vinyl-acetate, in Third Man’s standard old-school recording process, for the next release in the label’s “Live at Third Man” series, which will be available from its own retail stores in Nashville and Detroit.

The intimate event was on an invite only basis and each of the 250 attendees received a limited edition black & blue version for attendees only, featuring unique artwork created by Billie Eilish during her evening spent at Third Man headquarters.

White was not shy in showing his appreciation for the rapidly ascending duo’s work as Eilish was introduced by White, who said she is “someone we really love, and we think is really innovative and inspiring.” Before playing her final song of the night (“When the Party’s Over”), Eilish praised White for “inspiring a whole generation of people to do what they want.”

Billie Eilish is only 17-years-old but she’s one of 2019’s biggest stars and the success of her debut full length album When We All Fall Asleep, Where Do We Go? has caught the attention of many established artists including Thom Yorke who recently claimed she was the only artist to actually “doing anything fucking interesting.”

Her single “Bad Guy” is BuzzAngle’s 5th most consumed song of the year and has been streamed almost one billion times on Spotify. Her recently announced 2020 global arena tour sold out its North American dates within hours, moving more than half a million tickets in the first hour.