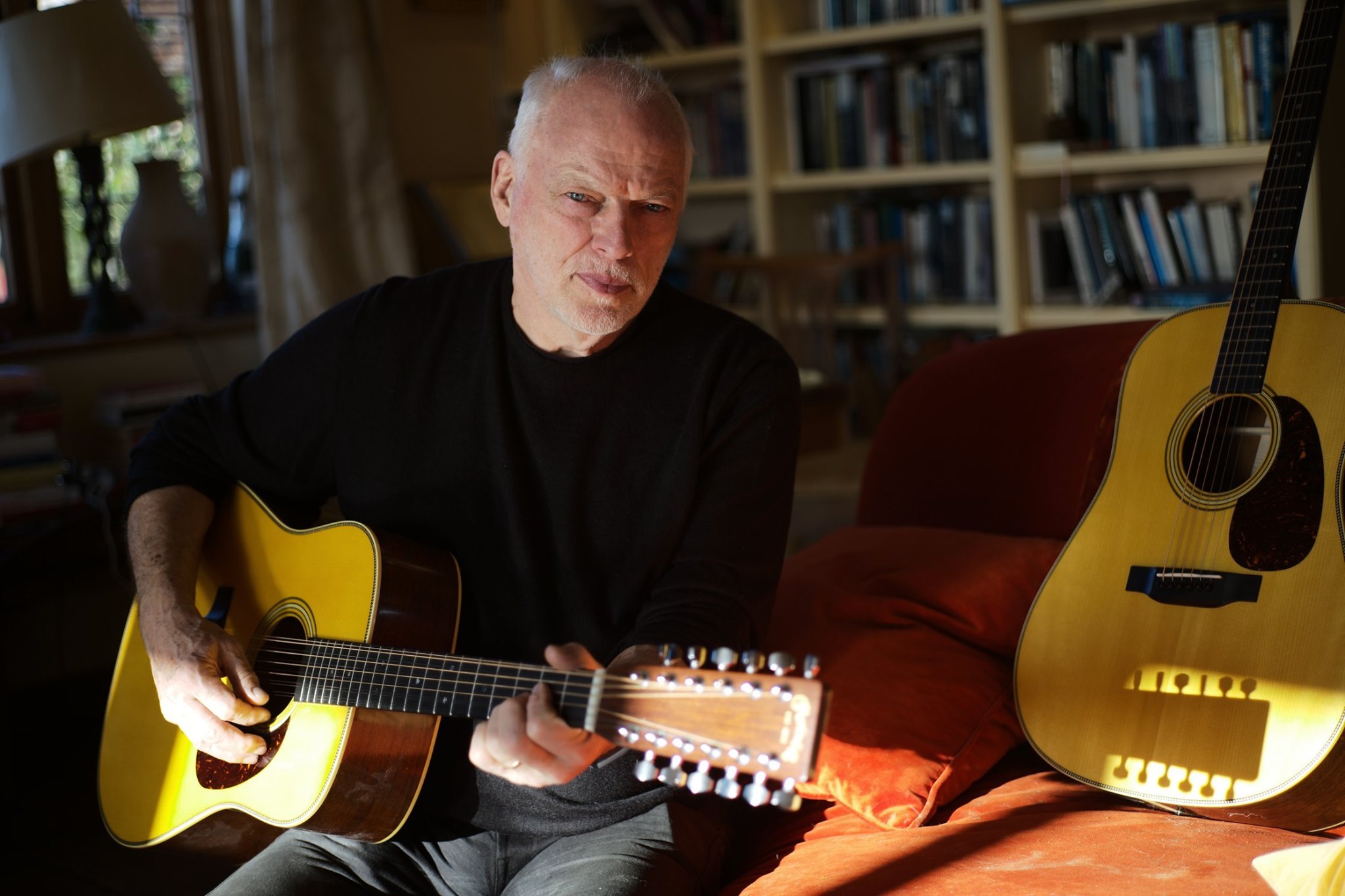 Pink Floyd guitarist David Gilmour has teamed up with C. F. Martin & Co. for a special custom signature edition D-35 guitar, which will be available in both 6-string and 12-string models. C. F. Martin & Co. will introduce both David Gilmour Custom Signature Edition D-35 guitars during NAMM Believe in Music Week, which is scheduled January 18-24, 2021.

Following the Christie’s Auction in 2019, where David Gilmour’s 1969 D-35 sold for 1.2 million dollars, Martin’s partners at Westside Distribution approached Gilmour about designing a new David Gilmour Custom Signature Martin guitar. Gilmour agreed to collaborate with Martin on a six string and a twelve string D-35. Notable features on the David Gilmour Custom Signature Edition guitars include a “David Gilmour” headstamp on the back of the headstock, as found on early Martin guitars, however, this is the first time in its history that Martin has created special head stamps for an artist signature edition, and a label signed by Gilmour himself. Both guitars are priced at $5,499, and will be limited to just 250 made between the two. Proceeds from the limited run of hand-crafted instruments will also go to benefit the David Gilmour Charitable Foundation.

“I was so excited when Westside, our U.K. distributor, contacted us about the opportunity to build a signature model for David,” said Fred Greene, Vice President of Product Development at Martin Guitar. “He is one of my all-time favorite guitar players, and having the chance to collaborate with him on an instrument was truly a bucket list moment for me. The collaboration is also a perfect fit for Martin Guitar, a company that shares David’s hope for a more sustainable world that we can leave in good conscience for generations to come.”

“Looking back on the design process,” Greene said, “My first thought was that David might want a replica of his 1969 D-35, and, while that would be cool, it would not leave a lot of room for creativity. I was so excited to hear that he was more interested in creating something unique and special to this moment in time. I knew we could provide him with options and features that would allow this new instrument to exist on its own merits, while still drawing upon his original D-35 for inspiration. Much like David’s music, this guitar is a unique and inspirational piece of art that hopefully will inspire others to create their own art.”

Currently, these models will be available for purchase at select Martin retailers. For more information please visit www.martinguitar.com/gilmour.