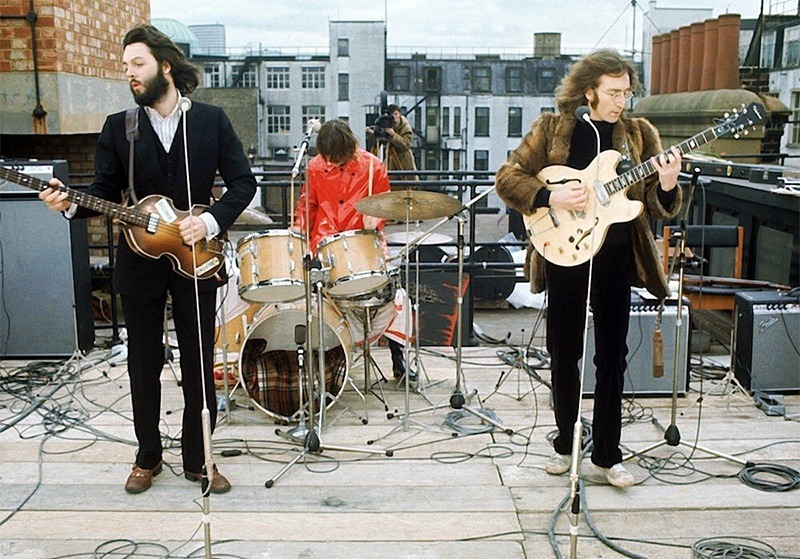 On a very cold winter day in London the most influential band in the world performed an impromptu live performance on the rooftop of Apple Records’ London office at 3 Savile Row. The Beatles were joined by keyboardist Billy Preston where the band played a 42-minute set before the Metropolitan Police asked them to turn down the volume. It tragically became the final public performance of their illustrious career.

Together the band performed nine takes of five songs as crowds of onlookers, many of whom were on their lunch break, congregated in the streets and on the roofs of local buildings. The concert ended with the conclusion of “Get Back”, with John Lennon joking, “I’d like to say thank you on behalf of the group and ourselves and I hope we’ve passed the audition.”

Watch “Don’t Let Me Down” via The Beatles’ YouTube page below.