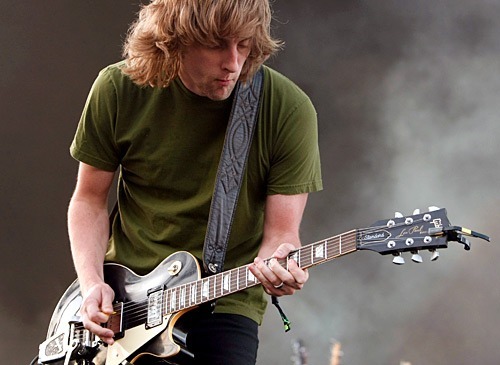 My Morning Jacket’s guitarist, Carl Broemel, has announced a brief solo tour this November. The five-night run will feature Nashville based duo, Steelism as both opener and backing band with the exception of the Chicago stop at Schubas on November 16. The two acts kick off in Decatur, Georgia at Eddie’s Attic on November 13, head to Nashville, TN and Louisville, KY on the 14th and 15th and close out the tour in Broemel’s hometown, Indianapolis, IN on the 18th.

Broemel, who also plays pedal steel guitar, saxophone, joined MMJ in 2004. He has released three solo albums, his latest, 4th of July, on his label Stocks in Asia and Thirty Tigers. In 2004 he was featured on Rolling Stones 20 New Guitar Gods.

Steelism formed in 2011 and includes guitarist Jeremy Fetzer and pedal steel guitarist Spencer Cullen. The instrumental group has been described as “country twang, blues, R&B, surf guitar and Ennio Morricane-like soundtrack washed in a 21st century blend.” Their second album, Ism, was released this past June.

Broemel and Steelism also played a set together earlier this year at the Newport Folk Festival in Rhode Island.

More information and tickets for each show can be found in the links below.

November 18 – The HiFi – Indianapolis, IN