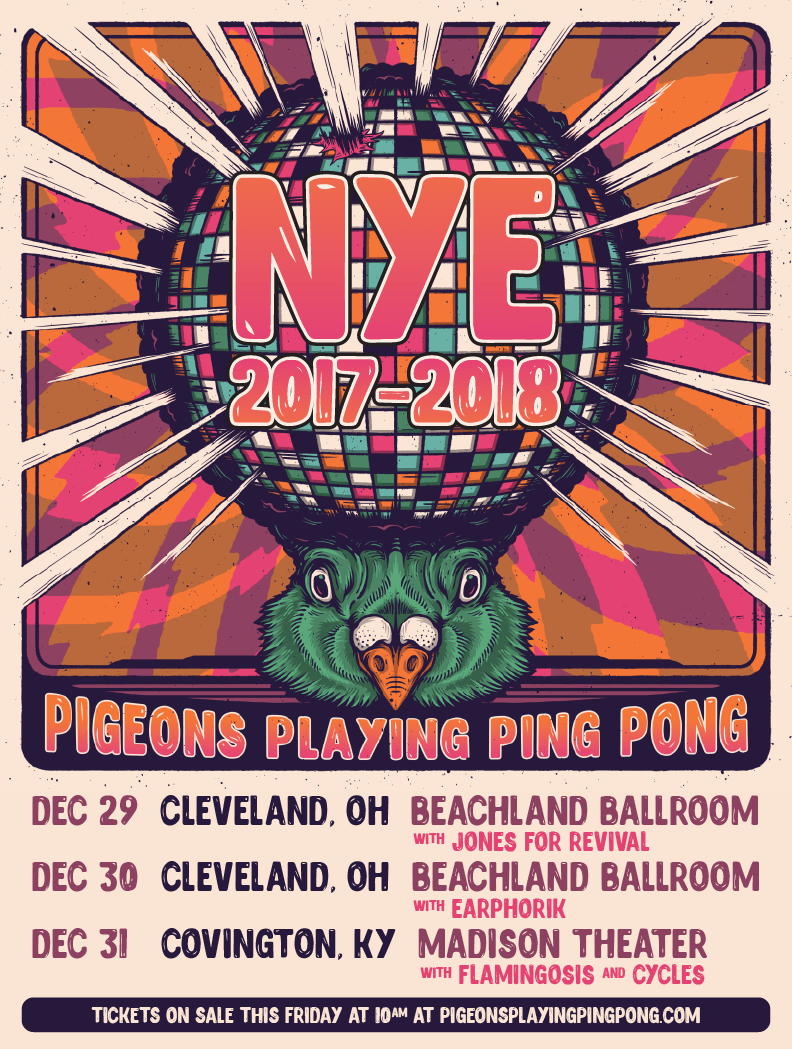 Baltimore born funk band Pigeons Playing Ping Pong announced Tuesday that they will be heading to the Midwest to ring in the New Year with three nights of “sheer madness” in Ohio and Kentucky. The highly anticipated run starts with two nights at the Beachland Ballroom in Cleveland with supporting acts Jones for Revival on December 29 and Earphorik on December 30. The celebration continues on New Year’s Eve in Covington, Kentucky at the Madison Theater which will feature the Colorado based band Cycles and New Jersey based producer/DJ Flamingosis, who joins PPPP for much of their Fall 2017 Pizazz Tour.

The Pizazz Tour kicked off at the end of August and heads coast to coast in support of band’s fourth studio album, Pizazz, which currently available for pre-order and set to drop in full on October 20. The first single, “Fun in Funk,” was released on September 14 and is currently available on all streaming services.

Noteworthy stops this fall include the second annual Flocktoberfest, taking place this year at the Boulder Theater and a special Halloween run through Texas and Atlanta, Georgia.

Tickets for the New Year’s run are currently on sale here.