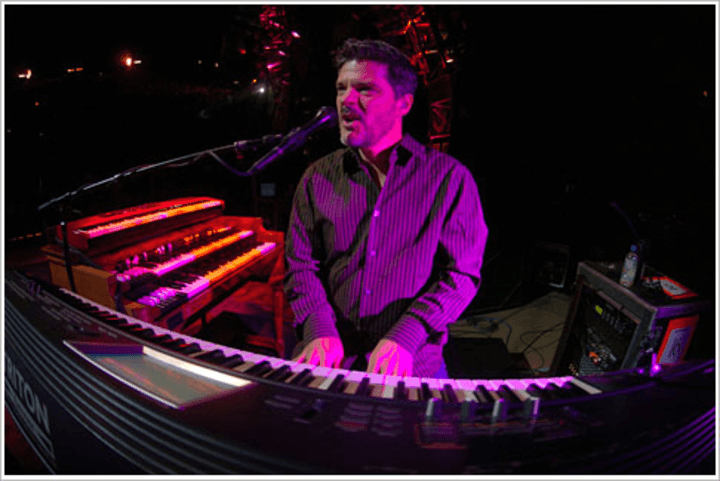 The Dave Matthews Band will officially come out of hiatus tonight as the band takes the stage for A Concert for Charlottesville: An Evening of Music and Unity. DMB are joined by a bevy of other talented artists on the bill including Justin Timberlake, The Roots, Chris Stapleton, Brittany Howard, fellow Virginia native Pharell Williams and more. A hiatus busting show is enough to get the DMB fan base excited, but another rumor has been circling that has fans’ excitement feeling like they wont just be under the table and dreaming as long time keyboardist Butch Taylor is rumored to reunite with his old band tonight in their hometown of Charlottesville.

It’s been nearly 10 years since Taylor has performed with DMB so fans are eagerly waiting to see what’s going to happen. DMB trumpet player and backing vocalist Rashawn Ross posted a video to his Instagram account of the band’s sound check. In the video we can see what appears to be Butch’s current go-to keyboard, the Yamaha Motif XS8, on the stage in the typical Butch stage position.

Bassist Stefan Lessard also tweeted an image of the band’s rehearsal at their Haunted Hollow studio in Charlottesville with the quote “Leading lines and I spy” causing fans to look deeper into the image.

Finally DMB multi-instrumentalist Jeff Coffin posted a photo to his Instagram page with someone sitting at the Yamaha keys who looks very much like Taylor from a distance.

Fans who don’t plan to attend the event can stream the entire show for free here.