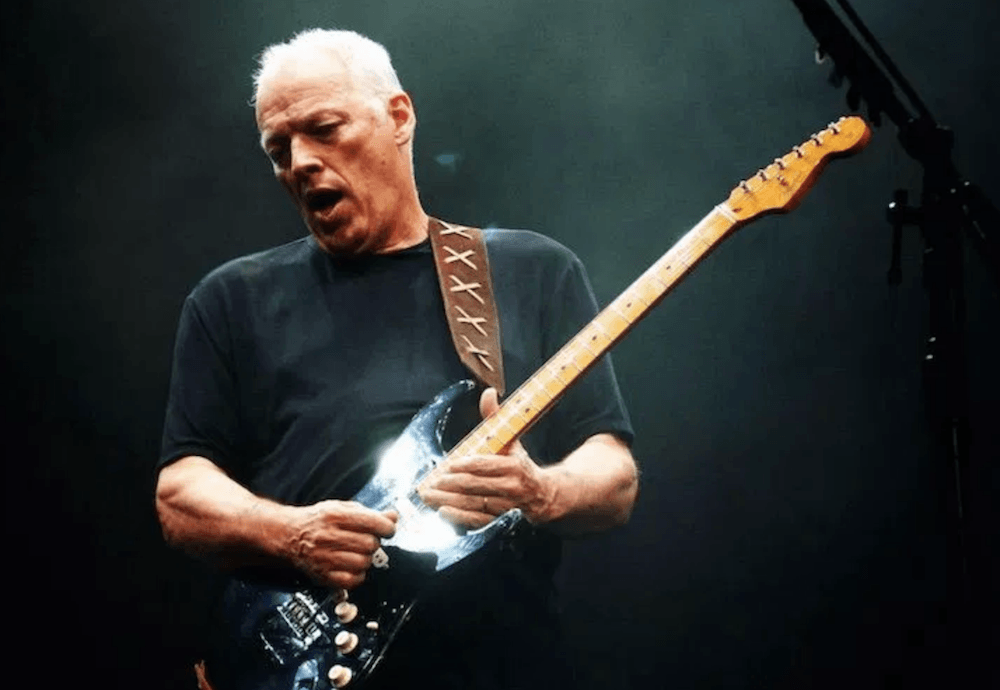 On Thursday, June 20, David Gilmour of Pink Floyd auctioned off 120 of his own guitars in what’s considered to be Christie’s largest and most comprehensive sale of its kind. Many of David’s guitars collected large amounts, his 1969 Martin D-35 acoustic sold for a record-breaking amount.

“It’s not what I need; it’s what I have to have and that would be my Martin D-35,” he explained in an interview on BBC Radio 4’s Desert Island Discs. “It’s the best guitar I own. It’s the guitar that’s always by my side. I’ve written just about every piece of music using that guitar. My ideas come through that guitar.”

The Martin D-35 was Gilmour’s prized possession. The acoustic guitar came to him completely by chance while he was on his way to New York shop Manny’s Music. Premier Guitar recounts the story:

“At that time, there was as much business happening on the sidewalks of Manhattan’s 48th street, where Manny’s was located, as there was going on in the stores lining the block. Gilmour was approached on the street by a musician who was hawking a Martin D-35. Gilmour took a look inside the case, played the guitar a bit, and bought it on the spot.”