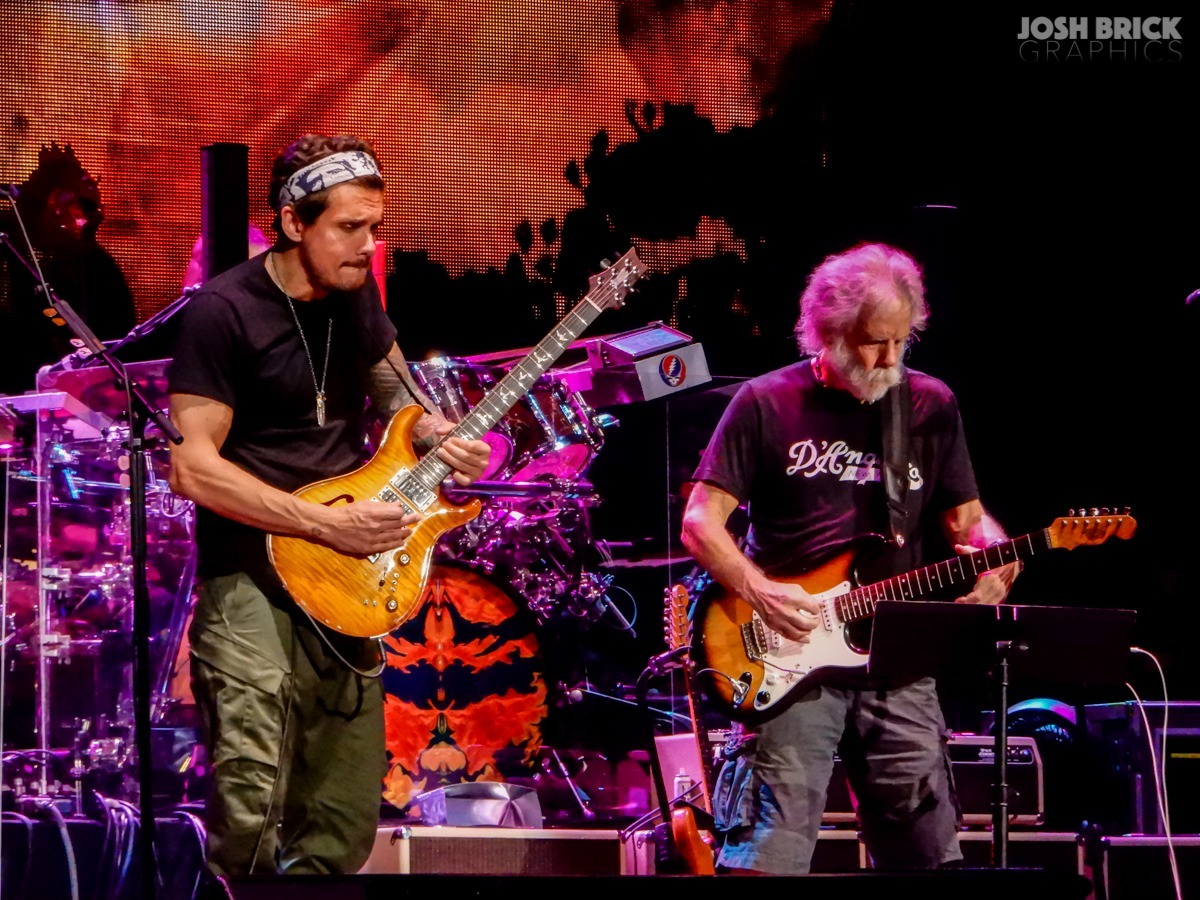 Dead & Company brought their summer tour to Virginia on June 22 at Jiffy Lube Live. The group had an eventful day before the show. When the news broke that Kofi Burbridge suffered a serious heart condition that required surgery, Oteil Burbridge left the after the band’s show in Saratoga Springs, New York to fly down to Atlanta to be by his older brother’s side. With Kofi’s health stabilizing, Oteil made the mad dash back to reunite with his band mates in Virginia.

Oteil provided the following statement before the show in Virginia:

Great news! I was just able to speak with my big brother Kofi and he sounds really lucid and grateful. I really want to thank Laura Holl, Derek Trucks, Blake Budney, Tyler “Falcon” Greenwell and Yonrico Scott for being there for Kofi before our family could get to him. And a big thank you to everyone for all of your love and support and well wishes. I dare say he’s going to be surprised at the outpouring of love. I’m thanking God that my big brother is still with us! It’s time to get some Burbridge brothers music made!

Bob Weir and Mickey Heart took time out of their day to visit Senators Al Franklin (D-MN) and Patrick Leahy (D-VT) on Capitol Hill where they also randomly ran into Bono from U2. Franklin is a noted Dead Head and he also has a cameo in the newly released documentary Long Strange Trip confessing his love for “Althea,” especially the version from Nassau Coliseum on 5/16/80, which he claims has “the greatest of all ‘Althea’ solos.”

You never know who you might run into in Washington… pic.twitter.com/kxJJhtWKsz

Bob and Mickey’s visit to the U.S. Capitol no doubt inspired them to craft a unique setlist with plenty of politically-charged undertones. The first set opened with “Shakedown Street” which immediately whip-lashed the crowd into a dancing frenzy. “Uncle John’s Band” surfaced next and created room for “New Minglewood Blues” before John Mayer shifted gears and took the lead on “Althea,” a wonderful tribute to Al Franklin who was in attendance. This version was stretched well beyond its original parameters and clocked in at over 12-minutes long, proving that Dead & Company are perfectly willing to jam in the first set. Weir and Mayer went on to trade lead vocal responsibilities for the remainder of the set. The group carved out space for a landing-gear with “Peggy-O.” The beautiful ballad was a stunning version led by Bob Weir. Mayer again kicked the tempo into high-gear with “Bertha” before Dead & Company debuted “Man Smart, Women Smarter,” a calypso song Weir started singing with the Grateful Dead in 1981. The set-closer was possibly a subtle jab at the fact Hillary Clinton was far more qualified to lead the country than Donald Trump.

The second set featured many more political undertones, extended improvisation and fluid transitions. After an hour plus set break, the band returned to the stage and opened the second set with “Playing In The Band.” After a nice piece of improvisation the group opted for “New Speedway Boogie,” where they drastically played with the tempo of the song and slowed it down several measures. The end result was a chilling rendition of the beloved number. “He’s Gone” came next and featured John Mayer tenderly delivering the lyrics with an abundance of emotion. This is one of his favorite Grateful Dead songs to play and with each version he seems to improve his chops. “Fire On The Mountain” featured Oteil on lead vocals, a change that was implemented for the first time at Fenway Park previously during the tour. The band was fully locked in and the crowd was euphorically enjoying every minute.

The only pause in the music of the entire second set came momentarily after “Fire” before Bill Kreutzmann and Mickey Heart opted for their “Drums” > “Space” tradition. Together, the Rhythm Devils treated the audience to plenty of tribal, psychedelic instrumental noises that can only be described as “primal” before the rest of the band returned an debuted a cover of John Coltrane’s “A Love Supreme” that lead into a take on Bob Dylan’s “A Hard Rains Gonna Fall.” The Dylan finger-pointing song was released in 1963 on his sophomore album The Freewheelin’ Bob Dylan and was written about a moth before the growing tension between Cuba and the United States in 1962. The Cuban Missal Crisis proved to keep Dylan’s number relevant through those troubled times. Given the current times of uncertainty and potential nuclear war, it was fitting the group played this cover outside of our nation’s capitol. The familiar chords of “Playing” wrapped back around to create a full reprise of the second set opener before “Throwing Stones” > “U.S. Blues” closed out the second set. Jeff Chimenti provided some beautiful fills and added a lot of volume to the set closer.

The encore slot was filled with yet another reprise as the band touched back on “U.S. Blues,” leaving many fans in the audience perplexed and confused about the break between songs and curious if this was in fact the encore or something they were dreaming. The multi-layered “Liberty” closed out the encore in such a beautiful way. With a presidential administration literally dismantling our core-governmental values on what feels like a daily basis the lyrics “liberty, leave it alone” rang through the PA in the most pure way possible.

Check out a gallery from Josh Brick below.

Check out fan-shot footage from the beautiful first set “Althea” below.