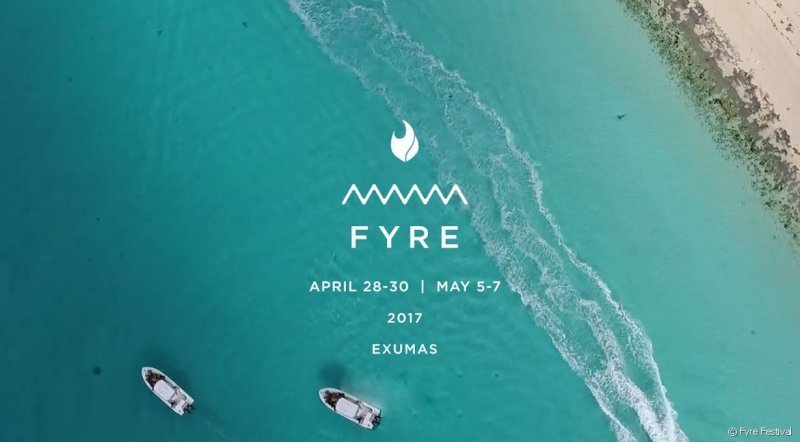 Update 7/3/2017: The New York Times reports that Billy MacFarland was arrested on Friday due to an impending federal charge of wire fraud, conviction of which could result in up to 20 years in prison.

Rolling Stone reports that “Friday’s charges claimed that McFarland induced multiple people to invest roughly $1.2 million in his Fyre Media and another venture using trumped-up numbers in 2016 and this year.” MacFarland claimed that he had made millions for the festival from artist bookings, when in fact, they only had about $60,000 at the time they were asking for investments.

MacFarland was released on Saturday (July 1) on a $300,000 bail, after he was presented before U.S. magistrate Judge Kevin Fox. In addition to securing the bond with $50,000 in cash or personal belongings, Fox restricted MacFarland’s travel to New York and New Jersey, and required that he submit drug testing before July 7.

According to Variety, since McFarland was arrested on a complaint, a formal arraignment will occur later if he is indicted.

A $100 million proposed class-action lawsuit has been filed against Fyre Festival organizers on the basis of fraud, citing that concert goers, expecting a luxury experience, were put in danger due to a “lack of adequate food, water, shelter, and medical care [which] created a dangerous and panicked situation among attendees—suddenly finding themselves stranded on a remote island without basic provisions,” according to ABC news.

Fyre Festival was a luxury festival organized by Ja Rule and tech entrepreneur Billy McFarland’s company, Fyre Media, scheduled to take place over two weekends, April 28-30 and May 5-7, on the remote island Fyre Cay in the Exumas of the Bahamas.

The bill of names was an extravant mix of artists like Blink 182, Disclosure, Kaytranada Migo, Rae Sremmurd, Tyga, Major Lazer and Claptone, to name a few of the 20+ names slated to perform. The festival was highly backed by models like Bella Hadid and Kendall Jenner, and immaculately hyped as the cultural experience of a decade. Ticket prices ranged between $1,200 and $250,000, with travel, food and lodging included.

Instead, festival-goers found themselves stranded on an island with low food and water provisions, disaster relief tents instead of “luxury lodging” and an unsure passage home.

The dinner that @fyrefestival promised us was catered by Steven Starr is literally bread, cheese, and salad with dressing. #fyrefestival pic.twitter.com/I8d0UlSNbd

We finally got on a plane at 1:30am and after 5 hours on the tarmac they kicked us off and told us to wait for another plane #fyrefest pic.twitter.com/4FkVk8ujLK

Yesterday, Daniel Jung filed the suit on behalf of himself and attendees, saying that the “supermodel-filled luxury concert event was closer to ‘The Hunger Games’ or ‘Lord of the Flies’ than Coachella,” according to ABC News.

His attorney Ben Meiselas, of celebrity law firm Geragos & Geragos known for their work for Michael Jackson and Chris Brown, tweeted the first few pages of the suit, adding, “Refunding ticket price is not enough!”

The festival organizers have since responded to the public out lash apologizing, saying that they were not ready to deal with the catastrophe.

Ja Rule has since tweeted an update that everyone has been returned home from the island safely.

The cherry on top? While Fyre Festival has promised a full refund to all attendees, they are also offering the option to apply the refund to a VIP ticket to Fyre Festival 2.0, which may or may not happen next spring.

You can the full content of the complaint here.