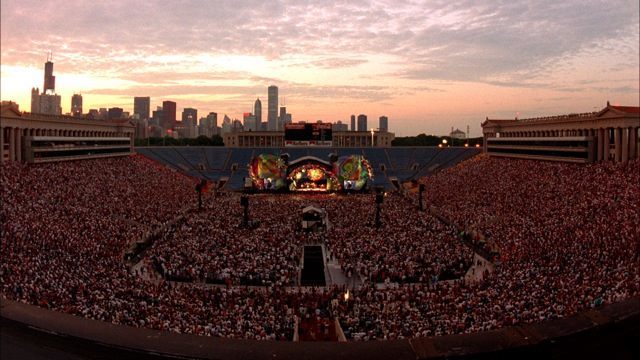 The Grateful Dead performed their final show together on this day in 1995 at Soldier Field in Chicago. A month later Jerry Garcia was found dead after suffering a heart attack. The remaining members would go on to perform in many different variations including The Other Ones and simply The Dead before spinning off and forming their own respected side projects.

While their final show was choppy and Jerry struggled remembering lyrics at times, it still holds a special place in the hearts of Dead Heads. Check out the setlist and full audio from their final show below.