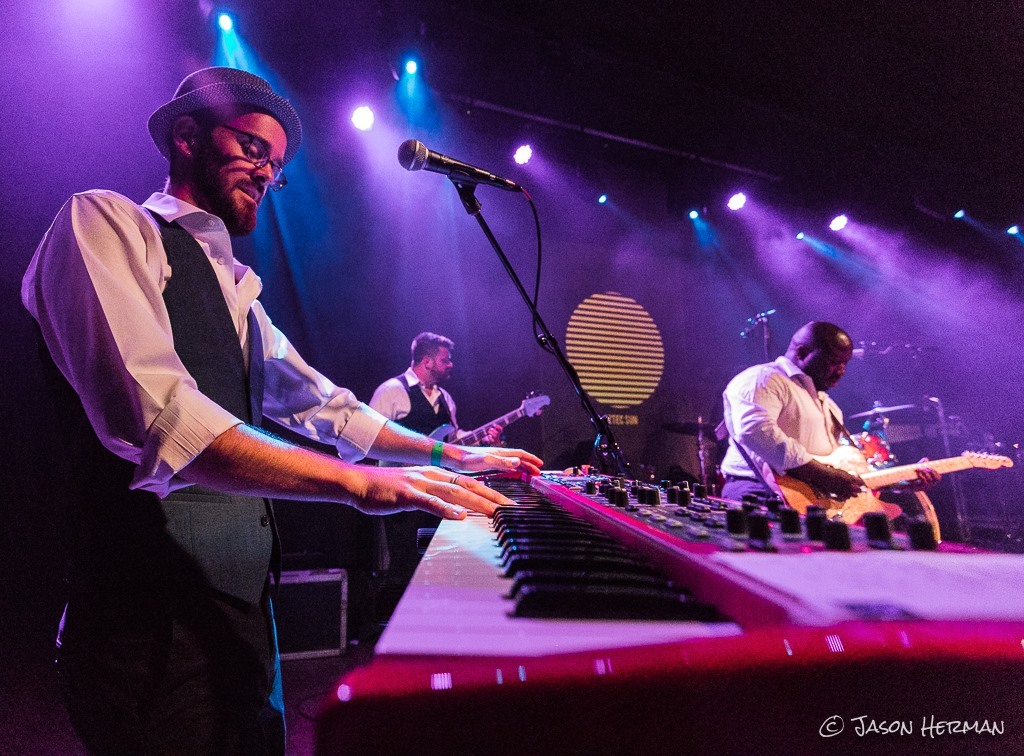 Washington, D.C. based funk and soul ensemble AZTEC SUN have released their new single “You Make Me Smile” that was written by the band’s keyboard player Ryan “Catch” Sarafolean. The track has been in the band’s rotation now for a while but it has continued to evolve in a live atmosphere. After quickly becoming a fan favorite, Catch was eager to take it to the studio and give the song a proper treatment. “You Make Me Smile” was recorded by Ken Barnum at BIAS Studios and features Graham Robertson on the baritone sax, and David Klein on the alto and tenor sax.

The new song is inspired by Catch’s love for his fiancé and the roller-coaster of emotions that comes along with it. The new chapter in AZTEC SUN’s blossoming career is a staple of not only how diverse the band’s sound can be, but also their dedication to constantly recording new material in the midst of juggling an out of market tour schedule. AZTEC SUN recorded the new single in Bias Studios, in Springfield, Virginia, with Ken Barnum at the helm. Catch pulls from his deep love of New Orleans brass bands and funk to create the uplifting, party atmosphere theme that’s laced throughout “You Make Me Smile.”

The love song fully encapsulates the beautiful places love can take us and the crazy things we do to show it. Catch further explains the song and how he found his inspiration:

You Make Me Smile” was an attempt at capturing a moment in a relationship where I think many people have found themselves in before within their own lives. It was early on in the relationship and we were still struggling to define what actually was happening between the two of us, but with myself being a helpless romantic at the core, I felt these intense emotions and connection, and ultimately knew that this person was the one I wanted by my side.

Hopefully every one of us at some point experiences a connection with someone so deep where they feel they’d do anything for them, they’d learn a new skill set if it meant that they could impress the other, they’d risk the consequences and steal the Mona Lisa if only to show how brave and daring they were. If it brings us closer, it’s all worth it in the end. I wanted this song to capture that intense idea but also the playful nature of an early relationship and the immense joy that comes with those beginning moments.

I was listening to a lot of New Orleans brass bands at the time and I knew I wanted this song to invoke a bit of the second line feeling and create a party atmosphere to make it clear that love should always be celebrated.  I was sitting in the Atlanta airport waiting to catch my next flight, thinking about this woman I was seeing, and it was in that moment that the hook “Why do I do what I do” just hit me. From there, I wrote the verses around that question, and ultimately it came back to that simple idea that she made me smile. That is why I do what I do for her.

Check out the new single below.