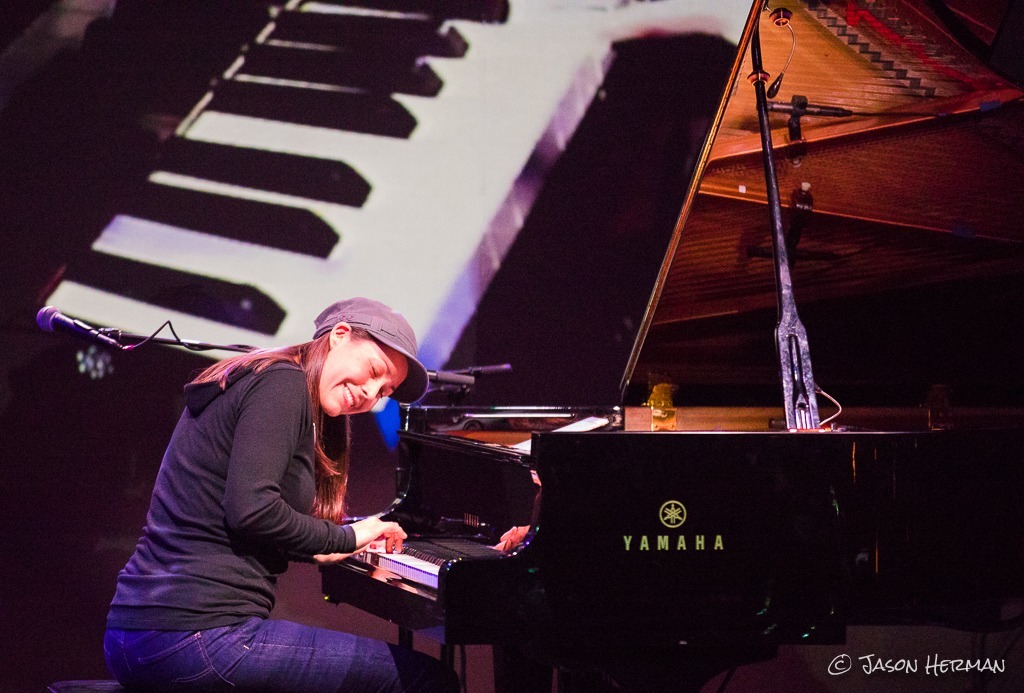 Holly Bowling made her return to the Washington, DC area on October 17 with an intimate performance at The Hamilton.

The evening began with a "Cassidy" (Grateful Dead) cover, a earning and uplifting rendition, coupled with visuals that allowed us to watch Bowling's fingers sweep the length of the keys on the big screen.

The audience was completely silent for both sets; a theme that began with "Cassidy," when you could feel listeners around you all but hold their breath at the quieter, slower parts of the song.

Bowling was seen tuning the piano in between songs, or as she was playing a transition into a new melody. ​This would at times build the urgency of her sound, while at other times, served to build an anticipation of what was to come next.

The visuals were a powerful addition to the performance throughout the evening. The first set gave us an close-up view on the dexterity of Bowling's fingers, showcasing the skill-set that allowed for melodies such as, "Free" (Phish), "The Other One" (Grateful Dead), and "Divided Sky" (Phish) to spring forth through the dimensions.

During the second set, the visuals featured Bowling's shadow playing the piano, juxtaposed with the psychedelic canvas of flowing colors. The second set held songs like "Stash" (Phish), "Terrapin Station" (Grateful Dead) and "Morning Dew" (Grateful Dead). For the full setlist of the evening, please see below.

Bowling has now performed at The Hamilton a number of times, including her most recent performance at the beginning of August with Midnight North. This summer, she made debut at the LOCKN' Festival in Arrington, VA where her performances were heralded as a highlight for the festival. Since then, Holly has appeared at Terrapin Crossroads and performed with Phil Lesh and Bob Weir, among others.

She is currently on tour until early November. For full schedule and more information, please visit here.

We are pleased to bring you this gallery of the evening by Jason Herman.

The Other One (Grateful Dead) >

You Are Not Are You (original song)

Wake Up (Rage Against The Machine)>

Slave to the Traffic Light (Phish with Cassidy tease)