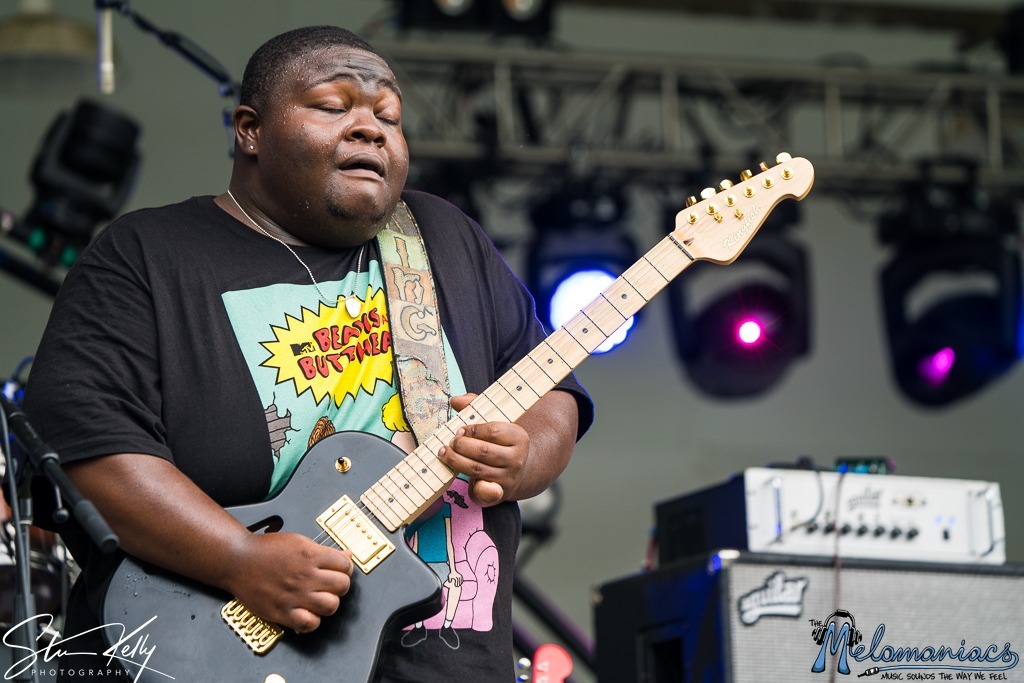 Nestled just outside of Baltimore, in Cockeysville Maryland, the Hot August Music Festival has become an annual tradition for live music enthusiasts that’s not to be missed. After being forced to take 2020 off due to the COVID-19 pandemic, the fan-favorite event triumphantly returned in 2021 with a rousing installment.

Staying true to its name, the event is usually met with scorching heat and humidity as the east coast weather can be less than forgiving at the end of August. The all-day event is a marathon and certainly not a sprint. It’s important to stay hydrated and pace yourself in order to make the most of the incredible music over the course of the day.

Artists are split between two stages and the entire grounds of the festival are easy to manage. The family friendly atmosphere accommodates fans of all ages. With kid friendly activities such as harmonica workshops, arts and crafts and more it truly does have something for everyone.

On the main stage blues guitar prodigy Christone “Kingfish” Ingram put together an incredible set of his traditional delta blues infused with rock and roll. Kingfish is a native of Clarksdale, Mississippi located along the Sunflower River in northern Mississippi. Clarksdale is widely considered the birthplace of the blues and the musical history in that region is as rich as the soil in the delta. Kingfish crafted his set full of music from his debut self-titled Grammy-nominated album, as well as his sophomore studio album titled 662, which is the area code for northern Mississippi.

Kingfish is a true master of his instrument and his talent was overflowing right out of the gates. At only 22-years-old Kingfish possesses wisdom well beyond his years. His maturity as a frontman and a bandleader is second to none, his songwriting abilities are adept, and his improvisation on the guitar is absolutely breathtaking. Kingfish has rightfully been crowned “the future of blues” as he’s shinning a spotlight on this coveted genre to an entire new generation of fans. Make no mistake about it: Kingfish is a once-in-a-lifetime talent that’s only just getting started. At one point in his set he took his guitar into the crowd and paraded through the audience while ripping up a solo. He took it in stride as he headed to the merch table where he greeted a long line of fans. Check out the gallery below.

New Orleans legends Dumptstaphunk took over the main stage next after a quick changeover. Originally Lettuce was scheduled to perform during this time slot but they had to withdraw due to an internal COVID-19 outbreak. We certainly wish the entire team a safe and speedy recovery.

Dumpstaphunk brought the New Orleans funk to Maryland in full force and kept the audience enthralled during their set. Earlier this year the band released their fourth studio album Where Do We Go From Here? via Mascot Label Group. Dumpstaphunk was clearly having a lot of fun on stage but reality set in that Hurricane Ida was rapidly approaching. One band member joked that they “may be stuck here for a while.”

One of the best parts about a Dumstaphunk show is the band naturally encourages spontaneous collaborations, which is certainly part of them staying true to their Crescent City roots. Baltimore native and local legend Cris Jacobs sat in for a few numbers surprising the crowd.

Over of the side stage there was plenty of talent to chose from including Pretty Coat Junction and Dancing Bears, a well celebrated Grateful Dead tribute band. Another notable name to mention is Ally Venable, another 22-year-old rapidly ascending blues musician. The future is nothing but bright for Venable as her rich soulful voice and prowess on the electric guitar is sure to quench the musical thirst of anyone who loves good music.

The main stage kept the party in full swing with Shakey Graves a native of Austin, Texas. Shakey Graves (born Alejandro Rose-Garcia) combines blues, folk, country, and rock and roll into his one-man show. Armed with his guitar and a bass kick-drum, Graves emulates a full band feel while still maintaining an intimate connection to the audience. His sheer power is astounding from the stage, where he seems perfectly comfortable in the spotlight. Graves kept the vibe laid-back between his songs. It was great to hear him crack jokes, point out members from the front row to have a quick conversation with them and tell stories in between the music. At one point during his set, after careful lobbying from a baby’s father, Graves actually traded his cowboy hat for the infant’s protective earphones (check out the gallery). He even (rightfully) joked “doesn’t the baby need these?”

Over on the side stage Andy Frasco and the U. N. were set to kick things off next. What the audience didn’t know is that this band was going to turn the entire festival upside down. A perfect storm of energy, theatrics, unpredictability, genuine safety concerns, and all out fun was about to hit the festival grounds unlike anyone had seen or would see throughout the course of the day. Andy Frasco and company did what they do best: bring the party to the audience and push the envelope as far they could.

They certainly pushed the envelope but that doesn’t overshadow how good the music was itself. Each band member is insanely talented at their respected instrument and it’s not uncommon to see everyone trade off their instruments in a true musical chairs type of way. Andy hopped on drums, bass, etc. It was really cool to see. At one point the guitar player took an extended solo and it generated a loud cheer of approval from the audience. Andy rewarded him by walking over and pouring Jamison straight from the bottle onto his face (check out the gallery). Watching the bottle of Jamo get passed around like a football was a show within the show. Band members were jumping off of raised surfaces, climbing on each other’s shoulders, drinking the Jameson like it was hydrating them and more. Everything about this set was so much fun.

The largest consistent crowd of the evening congregated to the main stage for headliner Greensky Bluegrass to close out the festival. The Kalamazoo natives are no strangers to the headliner slot and they delivered on putting a cap on an incredible day of music. The band wove in plenty of crowd favorites including “Bone Digger,” “Miss September,” “Windshield,” “In Control” and “I’d Probably Kill You.” GSBG has plenty of incredible original material and they’ve also made a handful of covers unique with their own personal twist.

Pink Floyd‘s “Time” > “Breath” surfaced late in their set which is always a crowd pleaser. Paul Hoffman belts out the lyrics with so much power as well. As the band returned for their encore break one highlight that stood out was “Ain’t No Bread In The Breadbox” which the band stretched out to almost 13 minutes. This particular version also included a “1999” tease but the band didn’t opt for a full cover of the beloved Prince song.

Overall the 2021 installment of the Hot August Music Festival felt like a dream come true. Spending time with loved ones, outside, enjoying a plethora of live music in a large crowd was a lost memory in 2020. If you go to Hot August’s website it appears they’ve already confirmed the festival will return on August 28, 2022.

Check out the full gallery from the event below.