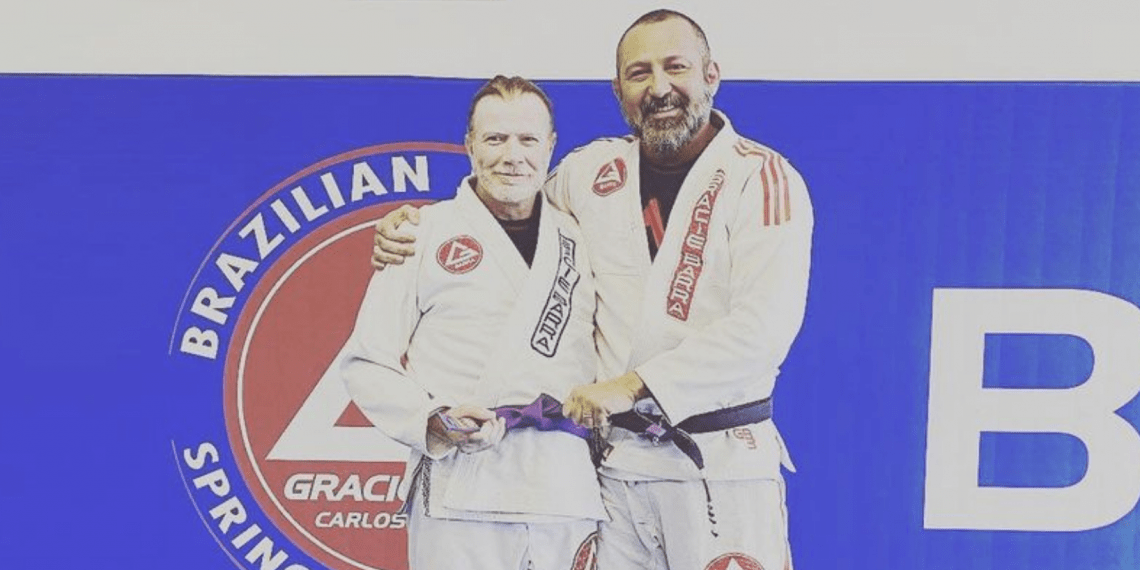 Peace sells but who’s buying? After two years as a blue belt and may rigorous training sessions Dave Mustaine has earned his purple belt in Brazilian Jiu Jitsu. The Megadeath frontman was awarded the promotion just a few months after turning 59.

Mustaine, who was also a founding member of Metalica, isn’t new to practicing martial arts. He also holds black belts in both Taekwondo and Ukidokan Karate and has done so for quite some time. In 2007, he was also appointed as a Goodwill Ambassador of the World by the World Taekwondo Federation.

Fans were concerned for his health in 2019 when he announced that he was suffering from Throat Cancer, although he revealed during a Megadeth concert in early 2020 that he was one hundred percent cancer free at the time.

Check out footage of the ceremony from Reggie Almeida of Gracie Barra Spring Hill below.