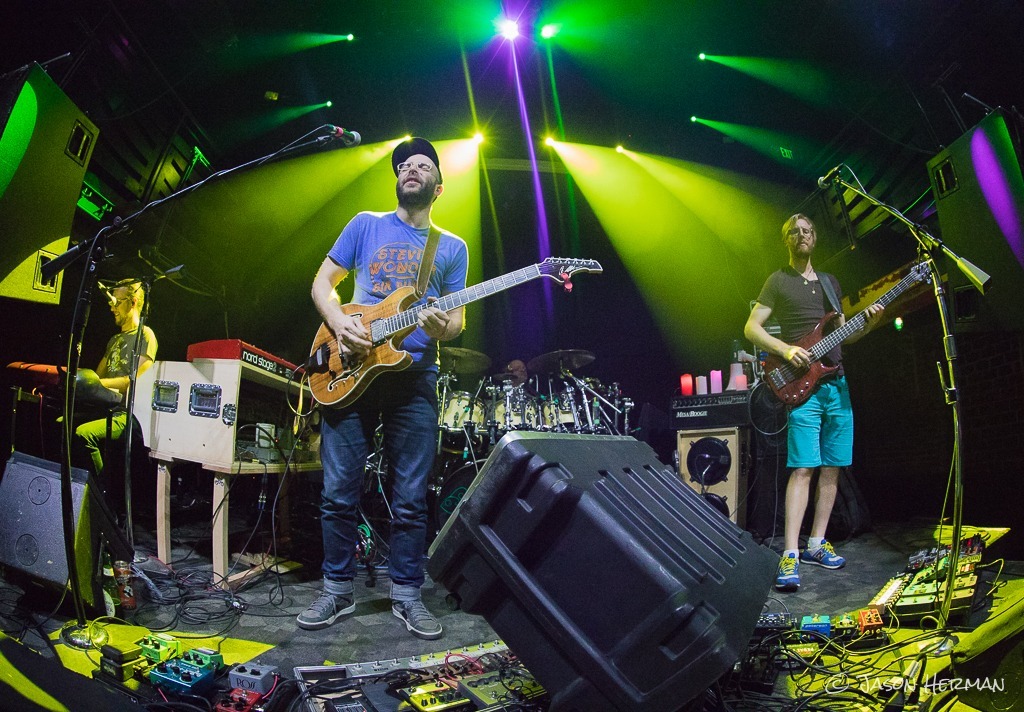 I said I come from the land of doom

​He said I come from the land of darkness

He said I come from the land of Toronto

From the land of the big baboon

Have you ever heard Phish perform a Type II Jam of "Yar Mar"?  Neither have I.  But last night The Lizards pulled of yet another exceptional performance at The 8x10 Club in Baltimore, MD.

Founded in Toronto, Canada in the Fall of 2013, The Lizards, are touring in what is their first foray into the United States.  This band is not very well known out of

their native country, but based on the blistering performances they have delivered over the past few days, the word is spreading about this band, especially regarding their Type II Jams. As one band member said to me, "we consider ourselves the JRAD of Phish." That may be a bold statement, but based on their performance, they are not far off. They add a vigor to their performances. They are not a note-for-note reproduction of Phish, nor do they want to be.

Local Washington, D.C and Baltimore, Marlyand metro area Phish phans descended on the 8x10 Club not knowing what to expect.  By the way people danced, and celebrated and talked among one another, this band delivered a energetic and wonderful performance.    In particular, the piano solo at the end of "The Squirming Coil" by Joel Visentin on keyboards was so beautiful and unlike any solo we have heard.

Based on the performances they have delivered and reception they have received during this tour, this will not be the last time you hear from this very talented band.

The Man Who Stepped Into Yesterday >

The Man Who Stepped Into Yesterday

Silent in the Morning

Hearing is believing.  You can listen and watch the entire show below.

Listen & watch some of their music from their blistering Inaugural American Tour.