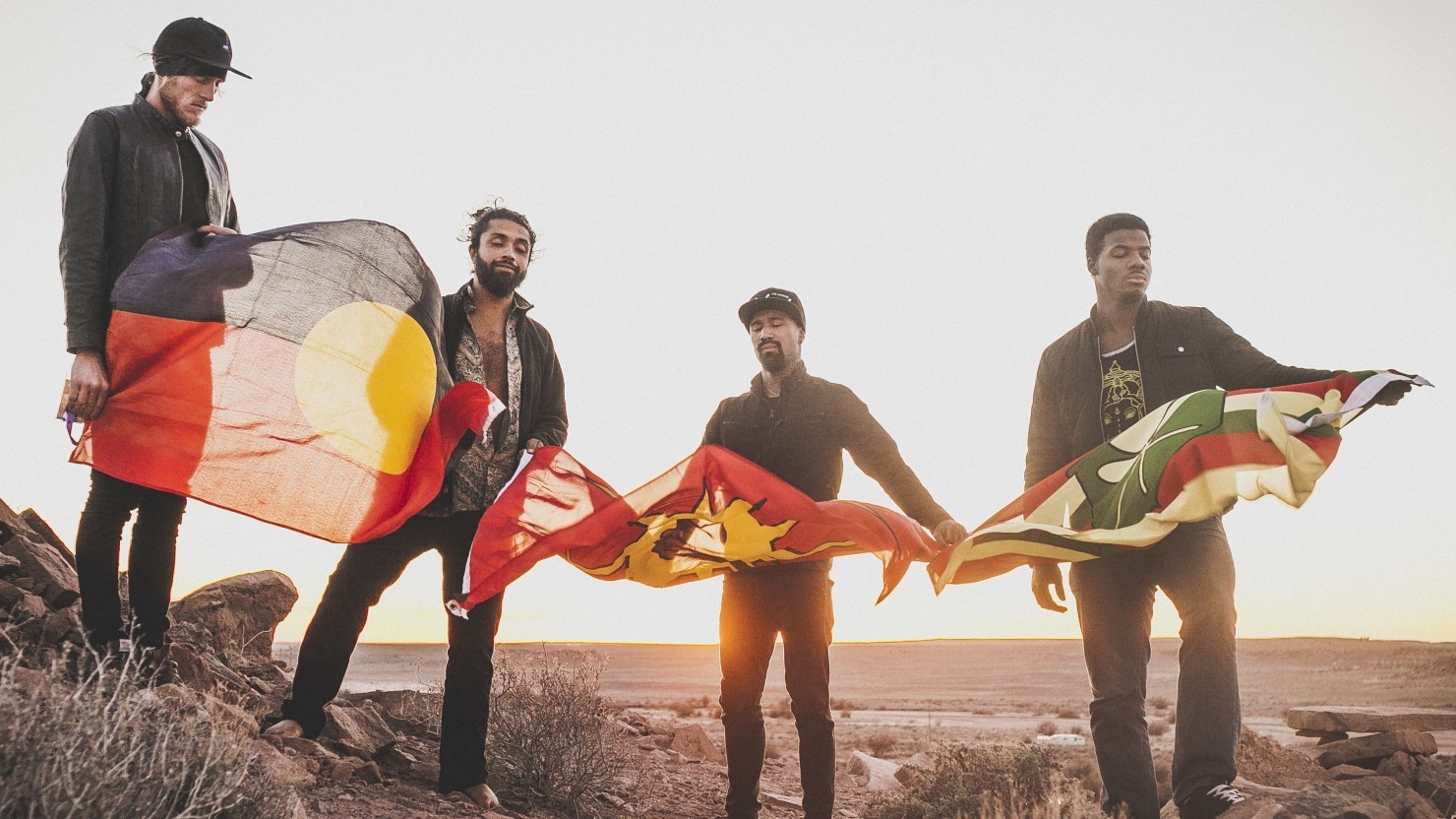 Nahko and Medicine For the People have announced a string of Fall tour dates in support of Nahko’s upcoming solo release My Name Is Bear. As we noted, the new record is only a solo release in the sense that the music was written well before the Medicine For the People band was formed. Nahko wrote these songs over a series of self-discovering and transformal years on the road spending time in Alaska, Louisiana, Portland and eventually Hawaii.

So many dear people helped me write and live these stories. The two summers I spent in Alaska, half the winter in Louisiana and the other half holed up in my van in Portland, and then the first year in Hawaii were transformational and pivotal to shaping me into who I am today. those 3 years before I met my mother would offer a reclaiming of my name, finding new faith and fever for my own spiritual connection to Creator, and discovering first love. These were just a few of the important discoveries for a young cub set on exploring the world and finding himself amongst the wild. – Nahko

The band will embark on a U.S. tour in October with shows in Brooklyn, D.C., Chicago, Philadelphia, Seattle, San Francisco and Portland to name a few. Eventually the band will cross the Atlantic for a stint in Europe in November that will wrap up in Bristol, England. Check out nahko.com for tickets.