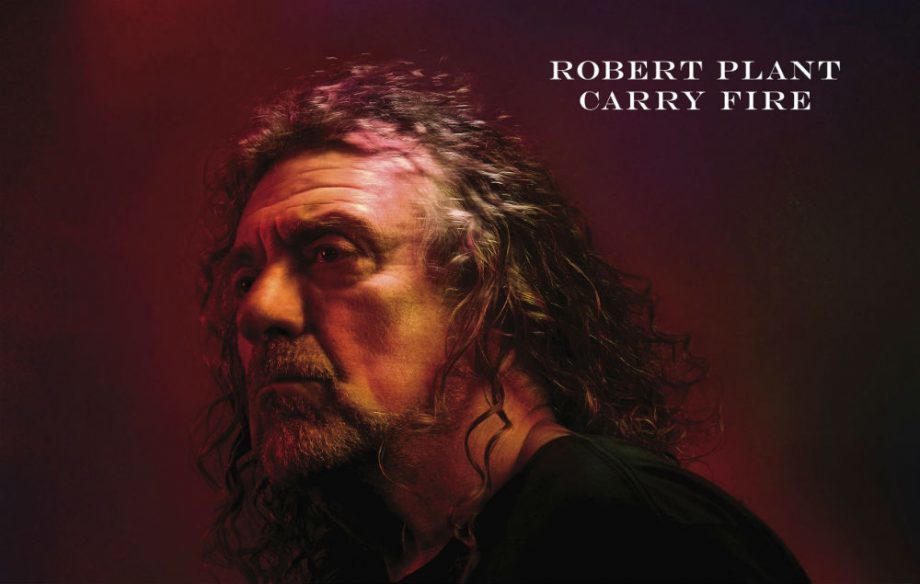 Vocalist Robert Plant has outlined his forthcoming album Carry Fire that will be released on October 18. The new album was produced by Plant and features 11 tracks making this his first full-studio release since 2014’s Lullaby and…the Ceaseless Roar. Plant is again backed by The Sensational Shape Shifters, which includes John Baggott, Justin Adams, Dave Smith and Liam “Skin” Tyson. Cellist Redi Hasa and violist/violinist (and newest member to the band) Seth Lakeman also perform on three tracks. Chrissie Hynde makes a special appearance in a duet with Plant for Ersel Hickey’s “Bluebirds Over the Mountain.”

While there were rumors circling at the beginning of the year that Led Zeppelin could potentially reunited at Desert Fest in 2017, not only is the California festival not happening this year but this new release is clear that Plant’s focus has never diverted away from his work with the Sensational Shape Shifters. Plant aims to find a balance between “old and new” with his current body of work. Plant further emphasizes this trend with his new single “The May Queen,” which draws a subtle reference to Led Zeppelin’s “Stairway to Heaven” line “If there’s a bustle in your hedgerow / Don’t be alarmed now / It’s just a spring clean for the May queen.” For more information check out robertplant.com.