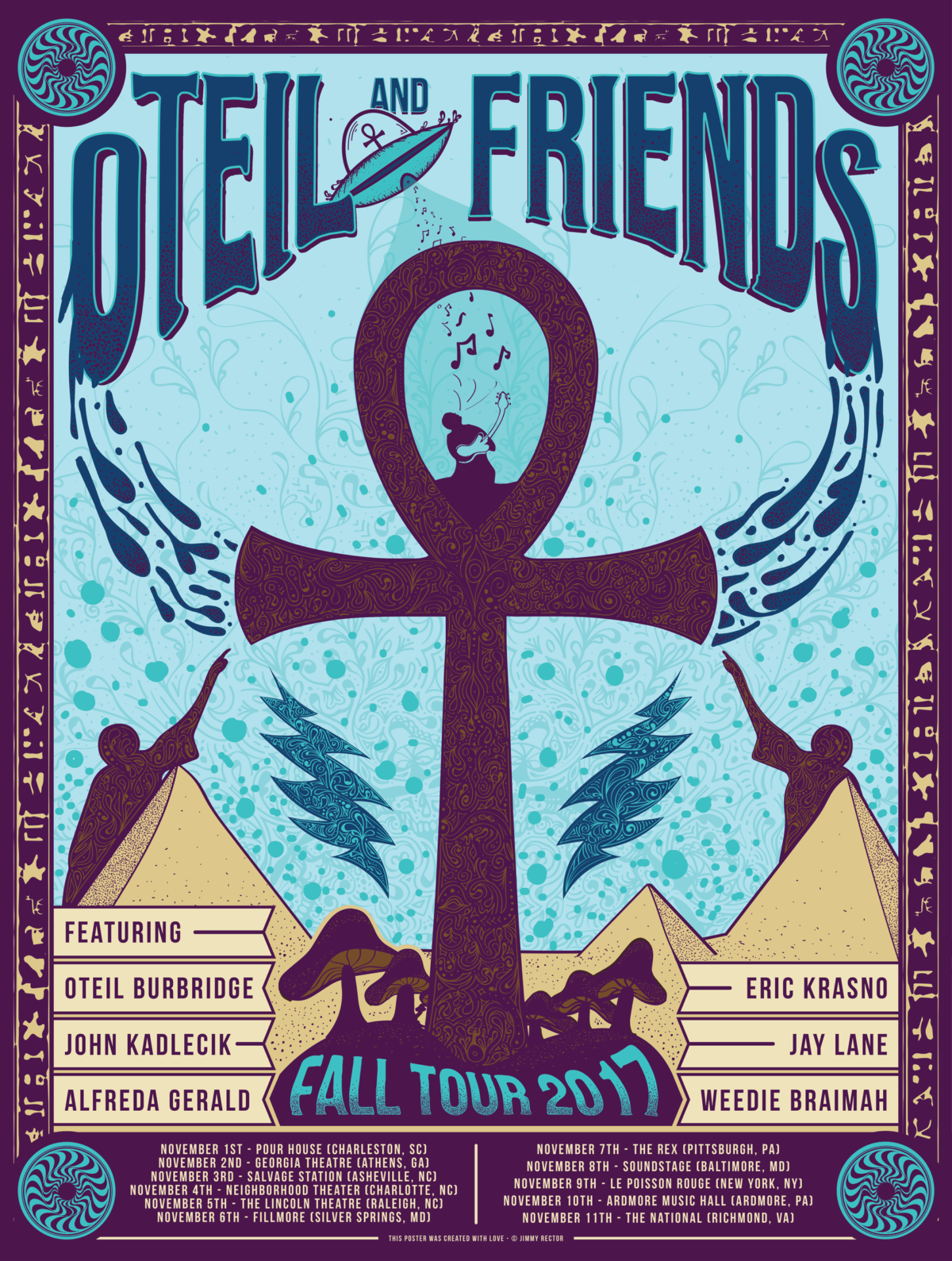 After a stellar summer touring with Dead & Company, bassist Oteil Burbridge has big plans of his own. During a recent “Ask Me Anything” session on reddit the former Allman Brothers Band bassist announced the formation of his solo act, Oteil and Friends, which is set to tour this fall.

Oteil and his all-star line-up are scheduled to play November 8 and 9 at the Soundstage in Baltimore, and Le Poisson Rouge in New York City, respectively. Burbridge also announced that the group plans to release a new album this fall.

Pre-sale tickets for Oteil and Friend’s November shows will go up on Wednesday, August 23 and general sales will open on Friday, August 25. More information will be available later this week with a full announcement on Burbridge’s website.