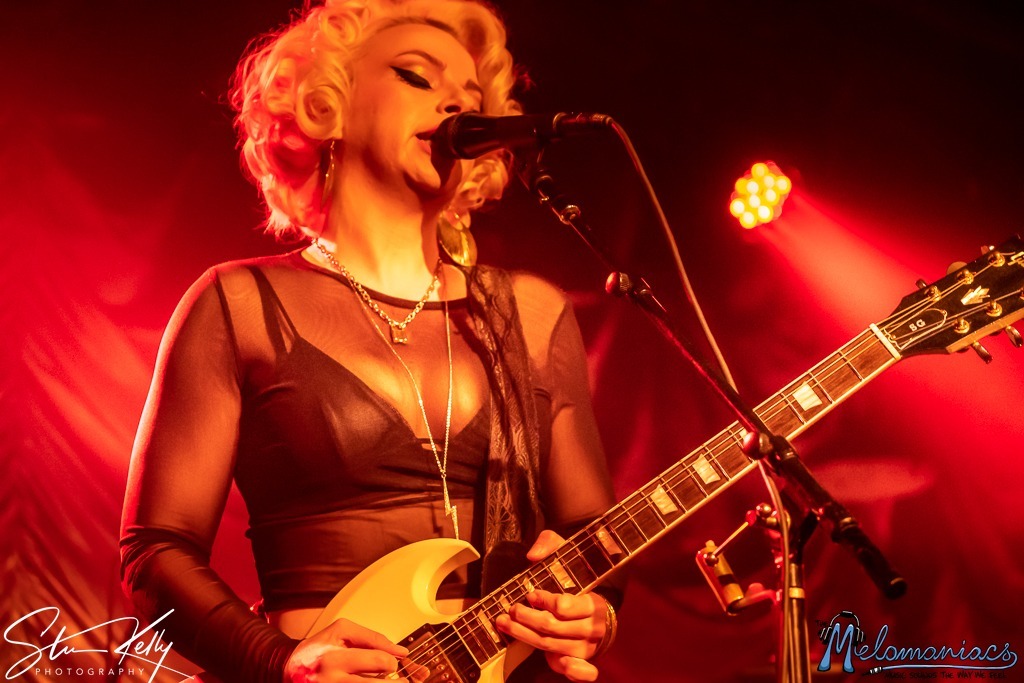 Samantha Fish kicked off the first night of a two-night run last night at The Birchmere in Alexandria, Virginia to a sold out audience. The guitar virtuoso is currently in the midst of an extensive tour, with shows booked prominently through the rest of the year before she takes off to tour Europe in early 2022.

The audience showed up early and eagerly awaited for music to start around 7:30 p.m. There was a palpable energy in the air, as this was the first time Fish had returned to the greater Washington, D.C. area since October of 2020.

As the house lights went down Samantha was met with a roaring cheer from the audience as she made the way to the stage with her backing band. Wasting no time, Fish kicked things off with “Wild Hart” and kept the energy in full swing as one of her most beloved songs “Kill Or Be Kind” followed shortly afterwards.

“Don’t Say You Love Me” was followed by the first cover of the evening with Johnny Love‘s “Chills and Fever,” a song Samantha has certainly made her own over the years. Fish kicked it up a few gears with “Hishway’s Holding Me Down” > “Blood in the Water” before her backing back took the reigns leading up to the next song. Before Lonnie Lester‘s “You Can’t Go” there was some nice interplay between the bass and drums that served as a nice intro before Fish came in.

After a quick pause on stage Fish broke out her acoustic guitar for a few solo numbers. There were several fun exchanges between her and the audience as she started asking for requests. Of course someone yelled “Freebird” but it wasn’t until someone requested Black Sabbath’s “War Pigs” that caught her attention.

“You don’t want to hear Ozzy on this thing [gesturing to her acoustic guitar], y’all have lost your damn minds,” said Fish as she held back her laughter.

Fish opted for Townes Van Zandt‘s “I’ll Be Here in the Morning” before opening up requests to the audience again. Someone close to the stage requested Julius Danials‘ “Crow Jane” to which Fish gladly obliged. “Crow Jane” is another cover Samantha has made her own over the years and much like “Chills and Fever,” she’s also recorded “Crow Jane” in the studio. After a quick pause, Fish wanted to do one more solo acoustic song so she played Gladys Night’s “If I Were Your Woman.”

As the rest of the bad made their return to the stage Fish lead them through a roaring version of “Black Wind Howlin’.” Fish broke out her coveted cigar box guitar for “Dream Girl” > “Miles To Go” and “Bulletproof” which left the crowd enthralled with the sheer power coming from the stage. After a quick encore break Fish and her band returned to the stage to play “Bitch on the Run” putting the cap on an incredible night of music.

Samantha Fish will return to the stage at The Birchmere again tonight. Tickets are sold out but fans can keep an eye on here full touring schedule here.