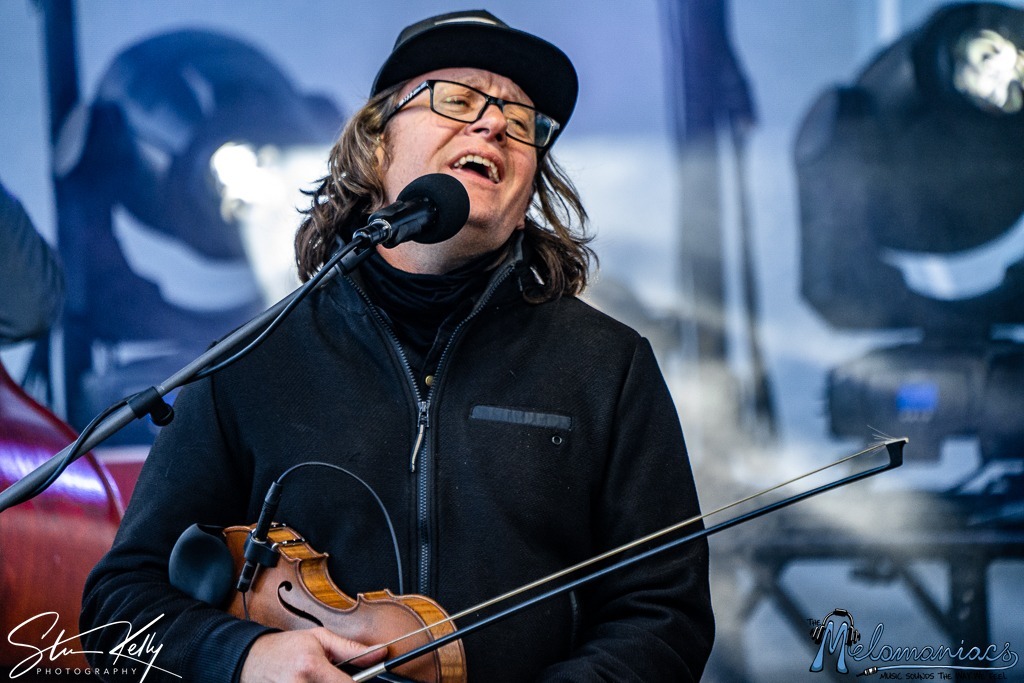 Last night The Infamous Stringdusters took their musical talents to the stage for the first time since October of 2020. The Nashville natives kicked off their three-night run at B Chord Brewing located at the foothills of the Blue Ridge Mountains in Virginia to a sold out crowd.

The band was clearly eager to get back to making music in front of an audience and they channeled that energy into two well-crafted sets of music. The crowd was full of energy and happily enthralled with the music as it unfolded over the course of the evening. As the band made the walk to the stage they were met with a roaring cheer from the audience.

Wasting no time, the Dusters opened up with “Love and Light” off 2014’s studio album Let It Go. The band managed to weave in several bursts of improvisation and interplay before landing in “Long and Lonesome Road.” A quick tip of the hat to the venue with “I Think I’ll Just Stay Here and Drink” surfaced next before the two-song punch “Steam Powered Aero Plane” > “This Ol’ Building.”

One of the Dusters’ most beloved songs “A Hard Life Makes a Good Song” from 2018’s Grammy award winning album Laws of Gravity whiplashed the crowd into a dancing frenzy. “All That I Can Take” acted a the perfect landing gear before the Dusters broke off a near 15-minute long cover of Daft Punk‘s “Get Lucky” to close out the first set. The band is no stranger to this cover, as it appears on the studio EP Undercover, Vol. 2.

After a quick set break the Dusters returned to the stage rejuvenated and opened their second set with the title track from 2019’s Rise Sun. The thunderous bass came crashing down and the band was fully locked into a solid groove. Despite being away from the stage since the Fall of last year, there was no rust among the band and they seemed to easily find pockets of improvisation and lock in together as one cohesive unit.

Second set highlights were bountiful with several notable numbers making an appearance including “Well, Well,” “In God’s Country,” “Let It Go,” “Long Time Going” and some more covers including “Get It While You Can” > “New Minglewood Blues.” The band closed the second set with “Long Lonesome Day” and a monstrous 10-minute version of “Gettin’ Down The Road” to cap off an incredible night of music. After a brief encore break the Dusters came back and again tipped their hat to the beautiful atmosphere with a gorgeous version of “Going Back To The Blue Ridge Mountains.”

The band will perform again tonight and tomorrow night at B Chord Brewing. Tickets for the remaining shows are sold out.

Check out a recording of the show captured by Keith Litzenberger below.