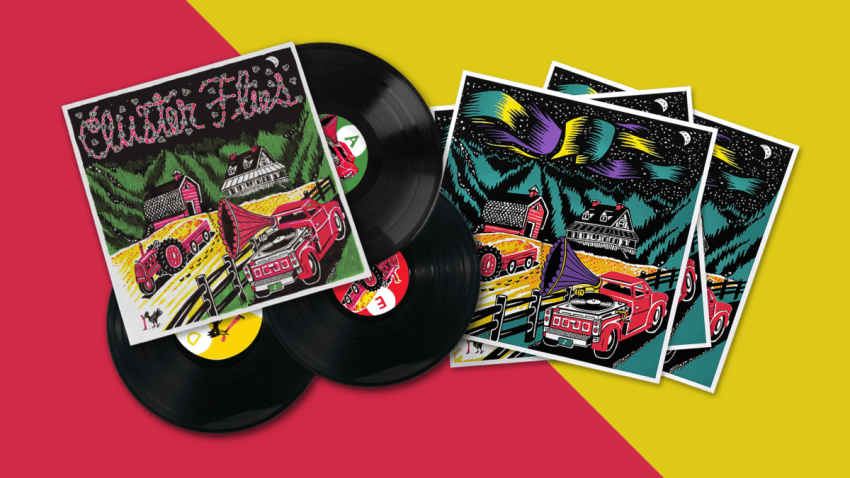 Earlier today our friends over at JamBase unveiled their plans to release a covers compilation album titled Cluster Flies. The album reimagines several Phish songs from the band’s Farmhouse album with several bonus tracks that originally appeared on the Japanese release. The limited-edition 3LP release was mastered by engineer Joe Lambert and features custom artwork and a poster created by longtime Phish collaborator Jim Pollock.

JamBase recruited several of their favorite musicians to help with the recording including Brendan Bayliss, Jennifer Hartswick, Tim Palmieri, Reed Mathis, Amy Helm, and many more. According to JamBase, “the COVID-19 pandemic forced musicians off the road as concerts and festivals were canceled around the world. After over 20 years of encouraging fans to Go See Live Music, JamBase’s message was put on hold. In response, the Cluster Flies concept was conceived late last year, both in recognition of the 20th anniversary of Farmhouse and as a way for JamBase to connect fans with the musicians they love.”

“In July of last year, as it became clear the COVID-19 pandemic would have a devastating impact on the live music industry,” JamBase CEO David Onigman said, “I tasked the team to come up with an idea that we could rally around in place of live music and to raise lost revenues for JamBase. Rather than a standard fundraiser, the Cluster Flies project was conceived, and we soon reached out to an incredible group of musicians who graciously jumped at the opportunity to support JamBase. What happened over the last nine months outperformed even my wildest of expectations. I’m elated with how the performances, the artwork, the packaging, the mastering and the podcasts we are going to be launching daily came together. It’s a collection of work I am extremely proud of and honored to share with the world.”

Fans can visit www.clusterflies.com to pre-order a variety of different formats and bundle packages.

Check out the cover of “Sand” by Club d’Elf below.