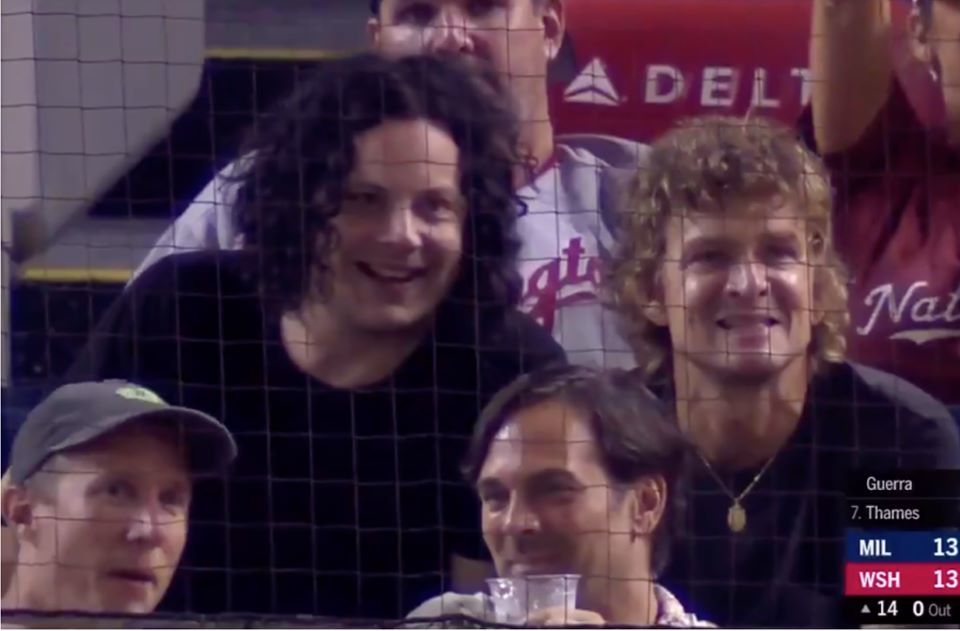 On Saturday, August 17, The Raconteurs descended on Washington, D.C. to play their debut gig at The Anthem. Jack White had previously graced the venue before playing two nights earlier this year with his solo band but this was the first time for The Raconteurs.

Before the game White and company decided to check out the Washington Nationals take on the Milwaukee Brewers at Nationals Park, just over a mile from the venue. According to Fox Sports’ Ken Rosenthal, White and the rest of the band attended the first three innings of the game before leaving to perform their show at The Anthem.

After the show, the band noticed the baseball game was in extra innings and somehow convinced security to let them re-enter the stadium and catch the tail end of the game. Check out the media coverage of the rock stars pulling off the stunt below.

Here’s the video of Ken’s story, The Raconteurs played The Anthem in DC tonight, google tells me. pic.twitter.com/kcc5fSWXwN