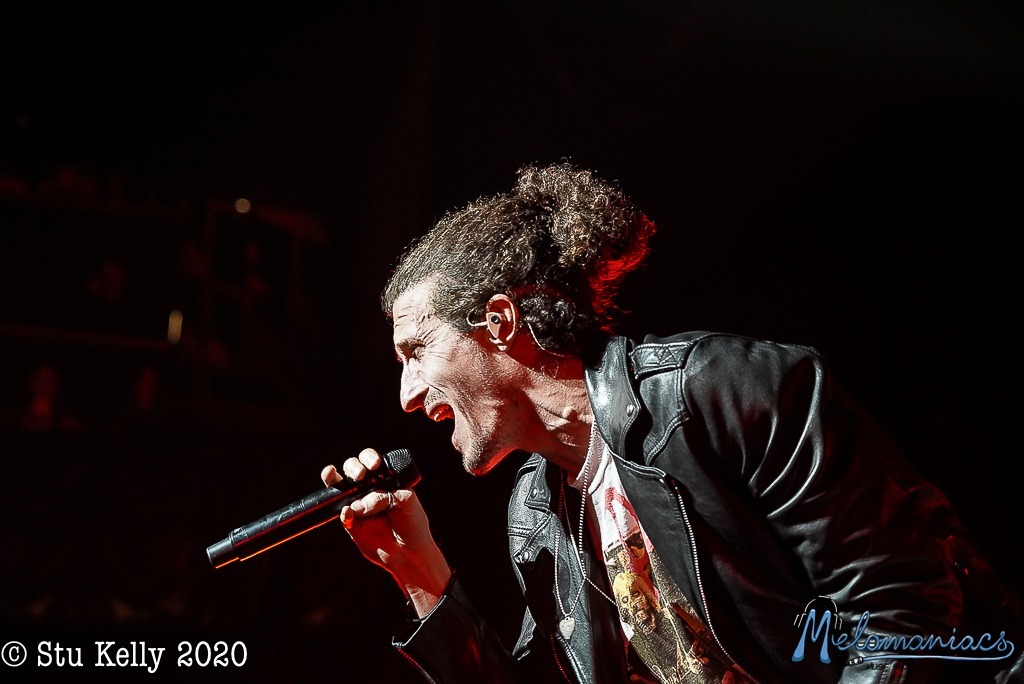 The Revivalists continued their Into The Stars tour in support of their most recent studio album Take Good Care this past Saturday when they descended upon The Anthem in Washington, D.C. The show was sold out and each one of the 6,000 fans in attendance made up a collective sense of excitement for the show that night. The Revivalists have certainly come a long way since their humble beginnings in New Orleans, and the most notable shift came in 2015 with the release of their studio album Men Amongst Mountains that featured their groundbreaking single “Wish I Knew You.” From there it wasn’t uncommon to see the band headline more festivals, hear their music appear in commercials, or as bumper music during the Super Bowl, and ultimately growing their audience to much more of a mass appeal.

The evening opened up with Tank and the Bangas kicking things off just after 8 p.m. The fellow Crescent City natives were a natural fit as an opener for The Revivalists for several reasons. Both bands have an upbeat, danceable sound that’s naturally infectious to an audience and both bands have had a similar experience of a rapid ascend to international fandom. In 2017, Tank and the Bangas won the NPR Tiny Desk contest where Trey Anasasio of Phish was one of the guest judges. From there, the rest is history. Since then they have gone on to receive a Grammy nomination in the Best New Artist category, toured all over the world and created a dedicated following of adoring fans alike.

Tank and the Bangas brought the energy in full swing and it was obvious the band was having a lot of fun on stage. They seem to have one foot firmly planted in diligent rehearsals which leads to an airtight sound on stage that can change on a dime, and one foot firmly planted in a daring sense of improvisation that creates a more lose and relaxed feel for the band overall. Most importantly the band was having fun and that really resonated through their set.

After a quick changeover, the house lights when out and a pulsating sound came thundering through the venue’s PA system. Before the full band took the stage Paulet “PJ” Howard and Andrew Campanelli each took to their respective drum kits and began to kick off a free style drum battle. As the rest of the band took the stage the sold out crowd let out a roar of screams that can only be described as “primal” before the opening notes of “Criminal” ignited another wave of energy from the audience.

“Criminal” acted as a great opener, which really set the tone for the rest of the night. Little did we know it at the time but The Revivalists wouldn’t let off the gas pedal and the band would keep this high level of intensity afloat throughout the remainder of their set. When the band would opt for ballads like “Shoot You Down” or “Soulfight,” it was almost as if they were prepared to shift away from intensity and replace the music with raw emotion. Only true professionals are able to shift down a few gears, only to bring things right back up so smoothly.

Frontman David Shaw was born for the spotlight, there’s no doubt about it. Shaw is a master at entertaining and especially using all corners of the stage, jumping down to meet the fans and genuinely build an intimate connecting with the front row – all while not neglecting people upstairs or in the back of the house. As the band worked through their classics like “It Was a Sin,” “You and I,” “Got Love,” and “Change,” something special happened early on in their set. The band opted for their most recent original song called “Bitter End,” a tender number that appears on their most recent EP Made At Muscle Shoals.

The EP was recorded at the legendary Fame Studios and released at the end of January earlier this year. The EP features the band reworking some of their most notable songs – including an acapella rendition of “All My Friends” and a piano driven “Wish I Knew You.” The Revivalists also cover the Bee Gee’s “To Love Somebody” which is an absolutely gorgeous rendition of the classic number. “Bitter End” is originally written by drummer Andrew Campanelli, and while the song is catchy and upbeat in nature, it’s actually a story being told by someone who’s world is collapsing due to being stuck in a one-sided battle with being in love.

Over the course of their set the band stuck to their originals and left everything they had on stage. Zack Feinberg especially shined that night proving again why he’s one of the most underrated guitar players in rock and roll. Feinberg’s playing comes with ease and everything seems to flow so naturally. He’s obviously got the range to back it up too. He can be found ripping up piercing guitar solos on high energy songs or gently nestling his acoustic on the more heart-felt slow numbers as well. Overall, Feinberg is no doubt an irreplaceable driving force behind the band’s sound.

The band closed their set with Zack Feinberg and David Shaw on stage singing “Shoot You Down” a protest song highlighting gun violence in our country. Together the duo worked through the acoustic song with grace and passion. As the set came to an end, the full band returned for a down-tempo version of “Catching Fireflies” off 2010’s Vital Sounds before taking their first setbreak. Once the band returned Feinberg was still armed with his acoustic guitar as he improvised by himself before gracefully landing into the opening notes of “Gold to Glass.” A heartfelt version of “Soulfight” closed the first encore break and as the band took one final break you could feel the audience get restless for the band’s most famous song – one of the downside’s to catering to the masses. However, the band obliged, as they always do, and closed the show with “Wish I Knew You” which of of course feature plenty of synchronized hand waving and sing-a-longs between the audience and the band.

Both The Revivalists and Tank and the Bangas rightfully deserve the success they’re sharing as two promising young bands. The future is no doubt very bright for both ensembles as they will continue to make groundbreaking music and act as musical ambassadors for the great city of New Orleans.