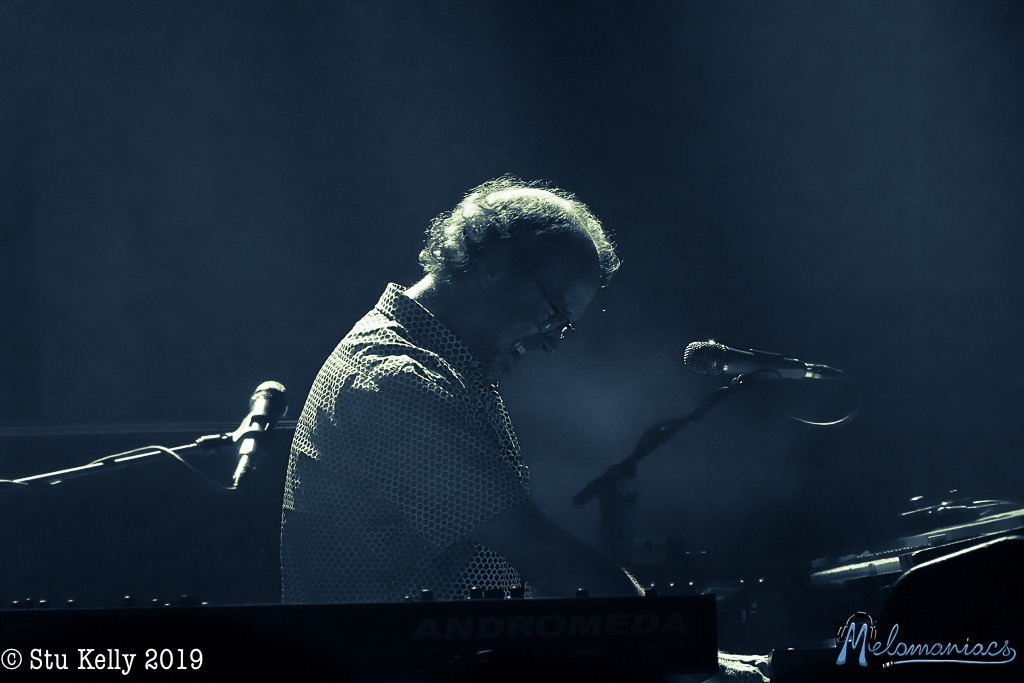 Vida Blue performed for the first time in 15 years last night as they triumphantly came out of hiatus and took the stage for the first time since their set at Bonnarroo in 2004. The quartet kicked off their short tour at the famed 9:30 Club in Washington, D.C. to a sold out crowd.

The supergroup consists of founding members Page McConnell on keys, Oteil Burbridge on bass and Russell Batiste Jr. on drums. The quartet is rounded out with the new addition of Adam Zimmon on guitar. The band is embarking on a quick three-city tour in support of their upcoming studio album Crossing Lines, which will be released this Friday via McConnell’s record label Keyed Records.

The band sounded precise and rejuvenated with a fresh sense of inspiration. Together they served up a rich setlist composed of tracks from their debut studio album, songs off their upcoming record as well as some stellar covers including Gary Numan’s hit “Cars” and Pink Floyd’s “Sheep”