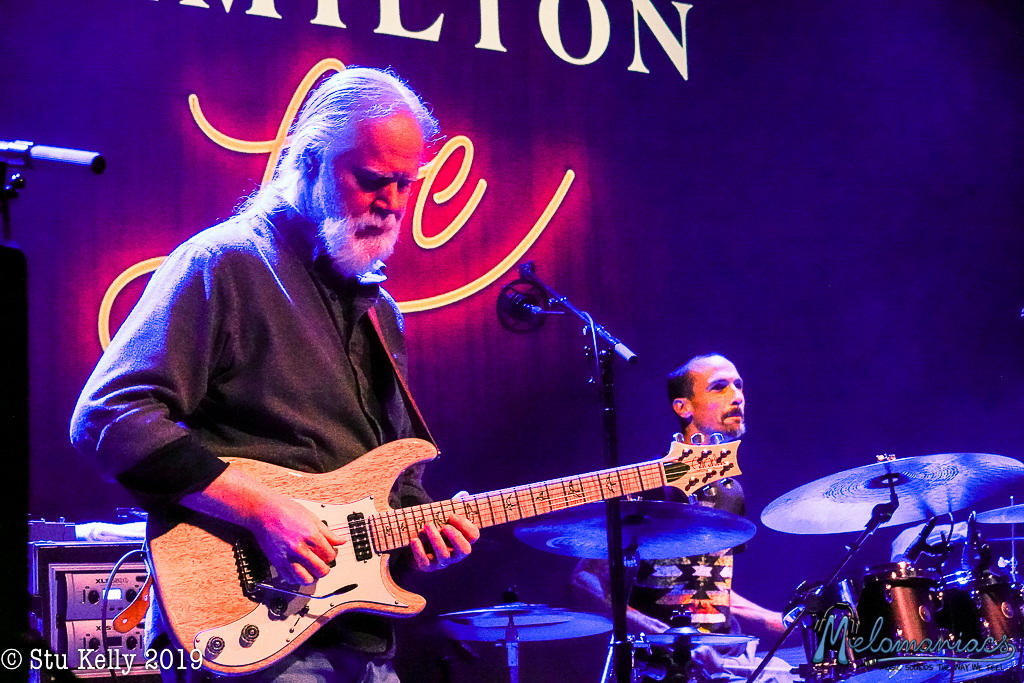 Jimmy Herring graced Washington, D.C. with his new ensemble the 5 of 7 last night at the Hamilton. Herring is most well-known for his work as lead guitar player of Widespread Panic, but he’s no stranger to pushing musical boundaries and dipping into a variety of musical genres. Herring got his start playing with Col. Bruce and the Aquarium Rescue Unit and he’s also been in notable side projects such as The Dead, Project Z, Phil Lesh & Friends, Jazz is Dead, and The Allman Brothers Band.

The 5 of 7 consists of Herring on lead guitar, bassist Kevin Scott, drummer Darren Stanley, keyboardist Matt Slocum and vocalist/guitarist Rick Lollar. Together the band served up a blend of instrumental funk and hard hitting rock and roll in our nation’s capital to a packed house of eager fans.

Right out of the gates the band opened up with their take on Miles Davis‘ “Black Satin” and continued with a variety of songs culled from Herring’s solo catalog including “Sketch Ballad,” “Miss Maybelle,” “Check the Hand,” “Kaleidoscope Carousel,” “Traffic Boom,” and “Scapegoat Blues.” Another surprise came deep in their set when the band opted to cover Zone 28 Grams, Baby Gas & King Cydal’s “Two Good People.”

Currently the 5 of 7 will continue their tour down the east coast and into the deep south with dates booked through November. The band will also embark on a special tour in Japan later this year, which will also be their first international appearance. For more information check out Herring’s website here.

Jimmy Herring Announces New Band and Tour – The 5 of 7