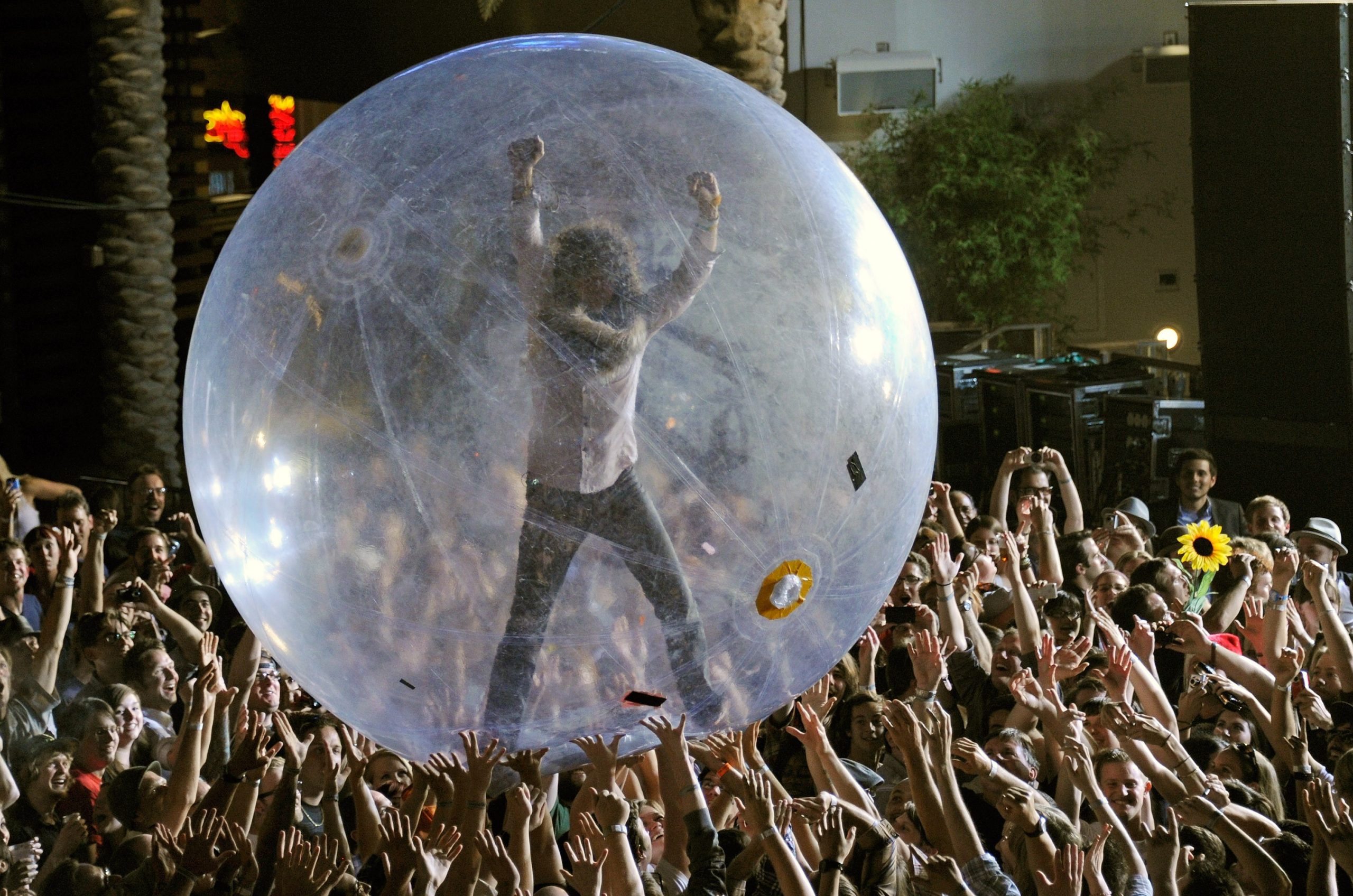 As if 2020 couldn’t get anymore strange the music industry continues to suffer and in return forcing artists, venues, promoters to get creative and try to make the most out of an unprecedented situation. This story should really not come as a shock knowing what we know about this band and their theatrics on stage.

The Flaming Lips are planning a concert where the audience will be in bubbles, frontman Wayne Coyne recently confirmed to both Brooklyn Vegan and JamBase. Coyne is no stranger to elaborate theatrics which include jumping in a bubble and walking on the audience, so it only makes sense given the COVID-19 pandemic that the audience would be the ones in bubbles.

“I mean, it seems absurd, but we at first were just doing it as not a joke, but just as a kind of funny thing, and now it’s becoming kind of serious and real,” Coyne said to BrooklynVegan’s Bill Pearis. “We’re starting to get ready to do an actual show where, yeah, there’s three people in each of these space bubbles, and we play… we think maybe playing two shows a night, and getting a big audience in there each time.”

According to the band’s frontman, there will be three people in each of the bubbles, and the band are hoping to play two shows a night in the band’s hometown of Oklahoma City.

“The place that we’re at at the moment, it holds almost 4,000 people, but it only holds a hundred space bubbles,” said Coyne. “So it’s a lot of space in there. You fill them up and people can be in them for quite a while. I don’t think people quite realize that. Since we have some here, we’ve played with them and messed with them for quite a while. I mean, even back in 2006, I would get in one of the space bubbles at the end of our big Halloween parade here, and I would walk down the street for almost an hour in one. Yeah. You know what I mean? It holds a lot of air. I mean, you can be in there for quite a while.”

“I mean, I’m not suggesting the whole world should do it this way,” Coyne added. “I’m just saying the Flaming Lips can try it this way, and if you like our music, you can come see us. You’ll have to be in one of these space bubbles, but maybe that’ll be a good thing.”

Earlier this week, Coyne posted a photo on Instagram from the venue, demonstrating the remarkable setup: