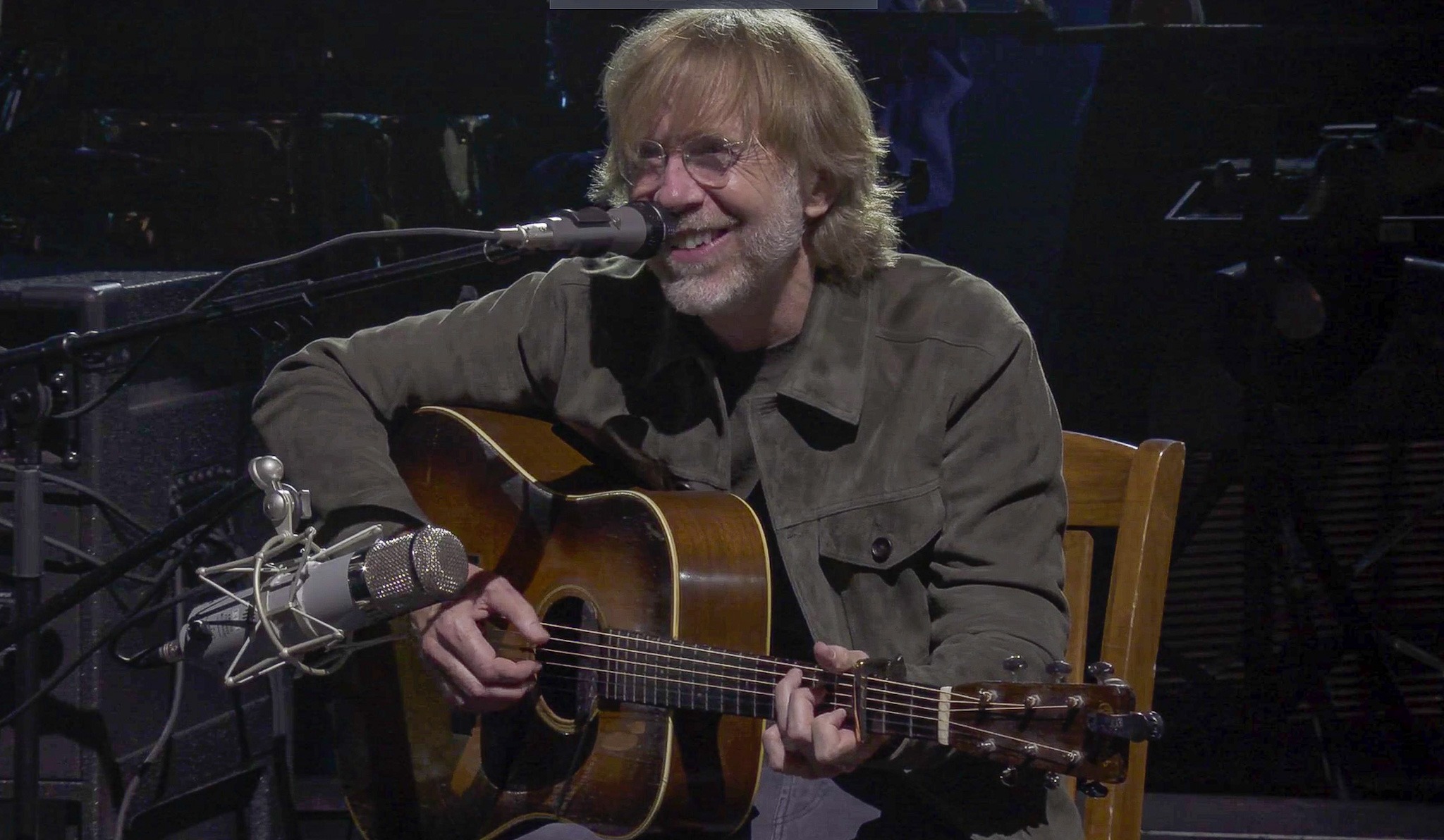 On Friday October 9, Trey Anastasio played the first virtual show of his eight-week residency at New York City’s Beacon Theatre. The Phish frontman more than exceeded expectations as he played a diverse setlist culling from a variety of his musical projects. The show spanned roughly two and a half hours and featured Trey’s usual TAB lineup of Russ Lawton (drums) and Tony Markellis (bass) as well as Cyro Baptista (percussion) and Ray Paczkowski (keyboards). However, TAB’s horn section was notably absent which usually features Jennifer Hartswick (trumpet/vocals), Natalie Cressman (trombone/vocals) and James Casey (saxophone/vocals). Jeff Tanksi made a few guest appearances over the course of the night on keys adding his talents on “Shade” and “Stash.” Tanksi surely wont be the last guest throughout the residency.

Trey used this opportunity to debut a lot of songs off his most recent solo studio album Lonely Trip which he recorded at home while quarantining earlier this year. In August Trey appeared on The Tonight Show Starring Jimmy Fallon and debuted “I Never Needed You Like This Before” off Lonely Trip with help from The Roots (check out our recap here). Other than his solo late night TV performance none of these songs had been played live outside of his home.

Highlights included a beautiful rendition of “Shade,” a smoking hot “Sand,” an uplifting version of “Everything’s Right,” Trey on a solo acoustic guitar for “When the Words Go Away” and a rocking “46 Days” to close the show. Trey seemed to be having a lot of fun at at times even took breaks to respond to people’s comments live on the Twitch stream often laughing at comments and dedicating songs to people.

While the streams are completely free, fans are able to donate to donate to Phish’s non-profit, the WaterWheel Foundation, as well as its new Divided Sky Fund where all proceeds will go toward helping those affected by addiction and plans to open a treatment center in Vermont.

Trey will return next Friday for another live stream from the Beacon Theater.