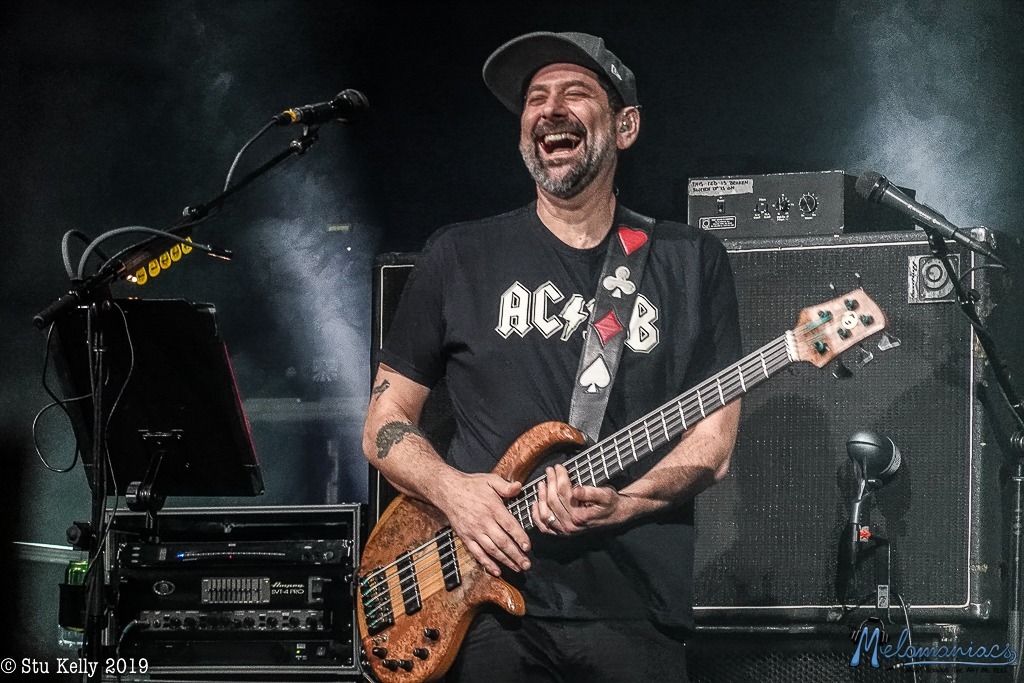 The Disco Biscuits kicked off the first night of a two-night run in the nation’s capital at The Lincoln Theater in the historic U street neighborhood. The band wasted no time out the gates, opening up with a seller version of “Plan B” which found way into “M.E.M.P.H.I.S.” seamlessly. The quartet is notorious for their seamless transitions, the ability to play their songs inverted and crafting unexpected “sandwiches” that weave in and out of song transitions with ease. All while serving up a unique concocsion of EDM/Rock and Roll that’s injected with upbeat and danceable layers of improvisation. One word to describe the average Disco Biscuits show: energy. It’s all about high-energy dance parties.

The rest of the set also featured notable versions of “Spacebirdmatingcall” which lead into a powerful sequence of “Confrontation” -> “Air Song” – > “Confrontation” that closed out the first set. Set two found the band, and the crowd for that matter, kick things into high gear. The band opened up with a stellar cover of “Safety Dance” a song originally released in the early ’80s by Canadian new wave/synth-pop band Men Without Hats. Staying true to the song’s roots, The Disco Biscuits have fully adopted the song and embedded it into their repetoir with their signature jamtronica flare. After an extended period of intricate improvisation, the band opted to step into “And the Ladies Were the Rest of the Night,” which would become the first piece of a three-piece song blend to close out the set as the band weaved in -> “Astronaut” -> “Digital Buddha” -> “Astronaut” -> “And the Ladies Were the Rest of the Night.”

After a quick encore break the quartet returned and dropped “Magellan Reprise” as an encore capping off am incredible evening of live music. The Disco Biscuits return to the stage tonight at The Anthem to round out the two-night run.