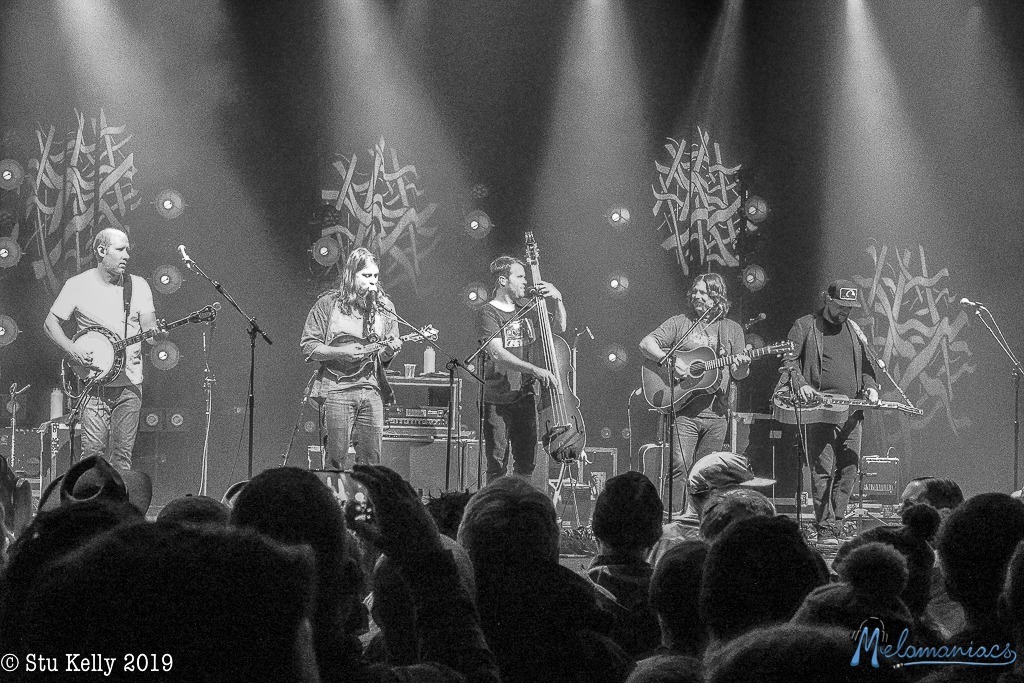 Greensky Bluegrass descended upon The Anthem in Washington, D.C. to kick off their two-night run at the beloved venue. The weather outside was literally freezing with ice caps glazed over the potomac river outside the venue, but the music inside was as hot as could be.

Billy Strings got things going just after 8 p.m. and had a sizable crowd inside to catch his set. Billy and his band worked through some of their traditional numbers as well as gracing the audience with back to back covers of The Grateful Dead’s “China Doll” which went into The Allman Brothers Band’s “Midnight Rider.” Billy was recently named “the bluegrass star you don’t want to miss” by Rolling Stone, so it was fitting to see the 26-year-old phenom pay homage to the two architects of the jam band community.

By the time GSBG took the stage the crowd was especially vibrant and well warmed up for the evening of music that was going to unfold. The band wasted no time throwing a curveball as they tipped their hat to The Beatles with a “Hey Jude” medley which made way into “Can’t Stop Now” full of “Shout!” teases.

Yesterday was Del McCoy’s 80th birthday and the band took a moment to shout out his honor from he stage and proceeded with a cover of McCoy’s “Beauty of My Dreams.” Currently, Greensky Bluegrass is touring in support of their most recent studio album All for Money. The five-piece ensemble worked some of the new songs material into the first set, including “Do It Alone” and “Collateral Damage.” It was nice to hear the new songs live, especially so early since their inception, and see them find their place in the set.

After a quick set break the band returned and opened with another new song “What You Need,” this time with Guido Batista on the Vibraslap, which is a percussion instrument consisting of a piece of stiff wire (bent into a U-shape) connecting a wood ball to a hollow box of wood with metal “teeth” inside. The second set is where things really shifted gears and took off. The band didn’t stray away from covers as they threw in Bob Dylan’s “When I Paint My Masterpiece” and Pink Floyd’s “Time” > “Breathe Reprise.” The Highlight of the show came when Billy Strings, Billy Failing and Jarrod Walker joined the band for a strong sequence of “Don’t Lie” -> “Meet Me at the Creek” -> “Don’t Lie” that closed out the second set.

GSBG returned and played “When I Get My Hands On You” in the encore slot capping off an incredible first night. Billy Strings and his band return to the same stage tonight with Greensky Bluegrass to cap off the two night run.

When I Get My Hands On You