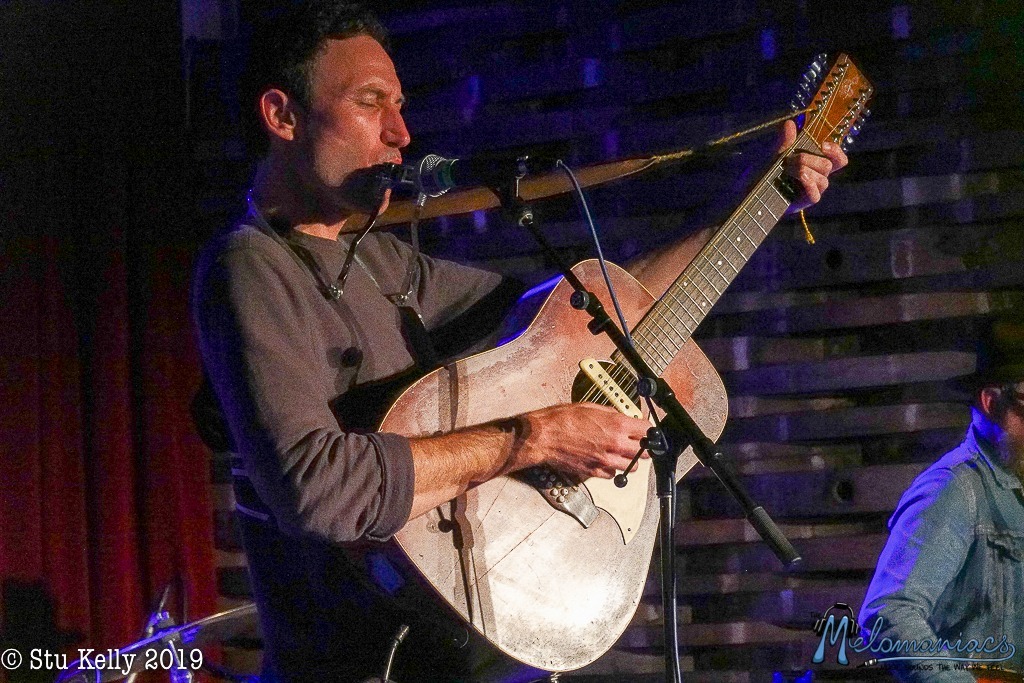 Matt Costa recently wrapped up a bevy of east coast dates with an intimate performance at City Winery in Washington, D.C. Originally this gig was scheduled for The Birchmere in Alexandria, but was relocated to D.C. The re-scheduled event was free to patrons who showed up early and claimed seats close to the stage. The California native singer-songwriter is on tour in support of his new album Santa Rosa Fangs, his first album in five years. The new album was officially released on May 18, 2018, via Dangerbird Records and finds Costa exploring a different side of his creativity, most-notably playing with a variety of sonic textures outside of his comfort zone.

The evening opened up with Matt Hartke performing a solo acoustic set. The New York City native shares many sticking resemblances to Costa, particularly his soothing, laid-back sound and overall relaxed demeanor on stage. There were a few fans who showed up early specifically to catch Hartke’s set as it wasn’t uncommon to see people singing along to his original numbers.

Costa emerged from the back of the room and was greeted by a few shouts from members of the crowd as he made his way to the stage. As he got situated the rest of his band found there respected places on stage. Costa utilized his full band but at times he would play a few songs solo and mix things up. He also took plenty of time to tell stories and keep the intimate crowd engaged. For example, when Matt took to the piano for a few solo songs he told the story of how he bought his first piano, when he was just getting started, at a negotiated reduced cost. He told the story over a series of woven melodies before going into “Mr. Pitiful,” which ignited a sing-a-long back and forth with the crowd.

It was impressive to see Matt play several different instruments over the course of the show. He played his acoustic and electric guitars, his piano, his harmonica and his trumpet. Highlights from his set included “Mr. Pitiful,” “Eyes For You,” “Astair,” “Cold December,” “Sunshine” and “Sharon” among many others. Currently Matt is in the midst of a string of dates in California. The tour kicked off last night in Santa Cruz. For tickets visit his official website here.