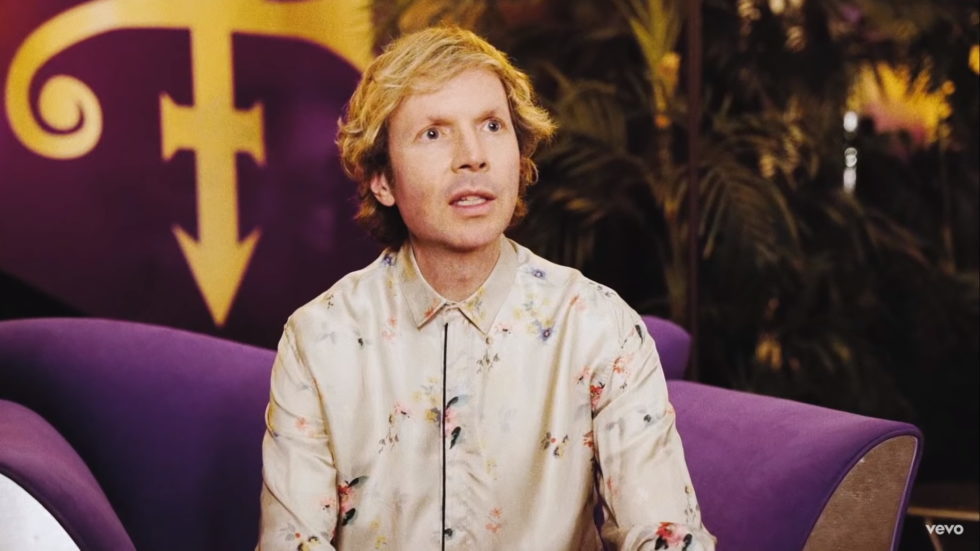 Earlier this year Beck was invited to come record at Prince’s famed Paisley Park complex outside of Minneapolis. After this session, Beck became the first major artist to record inside Studio A since Prince unexpectedly passed away in 2016.

The end result is a three track EP fittingly titled The Paisley Park Session EP. The EP opens up with two reworked Beck originals: Odelay’s “Where It’s At” and Colors’ “Up All Night” before launching into “The Paisley Experience,” which is a medley of Prince hits including “Raspberry Beret,” “When Doves Cry,” “Kiss” and “1999.” Performance clips from the session will be released next Monday, November 18.

Watch the behind-the-scenes video of Beck recording these songs and a quick an interview. “I’ve heard the name since I was a child, Paisley Park, and you sort of imagine this place. It’s special to be here and see it in person,” explained Beck. Currently the new EP is streaming on Amazon Music.

Beck has a new album, Hyperspace, out on 11/22 via Capitol Records.