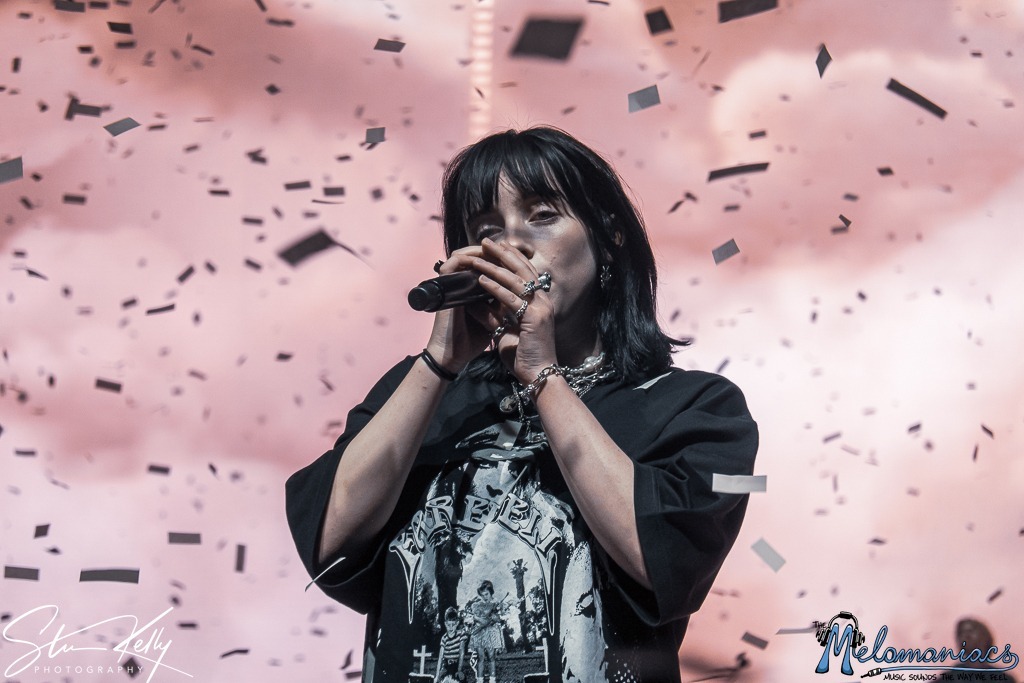 In 2020 Billie Eilish announced her Where Do We Go? tour and all seemed well for one of the most promising young artists to take the world by storm in recent memory. This was also supposed to be her debut arena tour, one that was set to take the phenom pop sensation all over the world, with 24 shows in North America, eight shows in Latin America, 15 in Europe, and seven in Asia (54 shows in total). Just a few short months later the COVID-19 pandemic forced the music industry, and the entire world as we knew it, into a tailspin of uncertainty. On March 9, 2020, Eilish commenced the tour in Miami and prematurely concluded the entire world tour in Raleigh, North Carolina on March 12, 2020. Nobody knew when, or if, Billie would be able to fulfill those dates despite them being postponed and not outright canceled. Two years later, Eilish descended upon Capital One Arena in Washington, DC as originally planned in 2020, and put together a breathtaking show to a sold-out crowd.

Billie, who was joined by drummer Andrew Marshall and her brother/primary songwriting partner Finneas O’Connell, put together a well-crafted setlist of nearly 30 different songs culled from the entirety of her illustrious career. The show was highlighted by Billie’s ability to command the audience throughout the performance. In arena shows it can be hard to connect with everyone in the building, but with Billie, it seemed like not only did she inherently try to do the impossible, but she found satisfaction waving back and shouting out a fan in the 400 level section, or stopping between songs to speak to the audience. One of the reoccurring themes Billie spoke about on stage was unity.

“It doesn’t matter how old you are, where you come from, what race you are, we’re all here together,” said Eilish.

Around 9:00 p.m. the house lights went dark and instinctively the audience seemed to take out their cell phones and light up the darkness with their flashlights. Andrew and Finneas took to the stage first and the duo played an intro medley that blended “Happier Than Ever” and “Oxytocin” together. The noise from the crowd kept roaring, building on itself getting louder and louder before all the tension was released in an instant – as the music stopped abruptly. All of a sudden, Billie shot up from underneath the stage surprising the arena with a grand entrance. The opening notes of “bury a friend” pulsated like a heartbeat through the venue’s PA and at this point, the crowd was fully engulfed in a tidal wave of energy. The opener was a perfect way to set the tone for the rest of the night. “bury a friend” was one of several songs from 2019’s masterpiece album When We All Fall Asleep, Where Do We Go?. Plenty of songs from this penultimate album found their way into the setlist including staples like “my strange addiction,” “you should see me in a crown,” “when the party’s over, “ilomilo,” “all the good girls go to hell” and “bad guy.”

Billie was on tour supporting her most recent studio album Happier Than Ever which came out in 2021. Naturally, the bulk of the setlist focused on the new material with songs like “I Didn’t Change My Number,” “Lost Cause,” “NDA,” “Happier Than Ever,” “Therefore I Am” and many more. About halfway through the show, Billie and Finneas broke out their acoustic guitars and performed a stripped-down acoustic version of “Your Power,” a deeply pensive number from her most recent album. Before they started playing Billie described this song as “a piece of music I wish I could have listened to when I was a kid.” After a gorgeous rundown of the song, Finneas left the stage and Billie performed “Male Fantasy” by herself with her acoustic guitar. Billie is an extremely talented guitar/ukulele player in her own right but it’s hard not to get mesmerized by her ethereal soprano vocal range.

One of the songs that catapulted Billie Eilish into superstardom is her first release to go viral: “Ocean Eyes.” The lyrics were originally written by Finneas but he realized the song was a better fit for Billie’s vocal range. Together the two of them wrote the music, while they were both teenagers, and released it to the world. Needless to say, that song is responsible for changing both of their lives beyond their wildest dreams. When Billie performed the song in DC, she unexpectedly left the stage and was escorted by security to a makeshift crane at the back of the floor where she was airlifted above the crowd. The crowd lit up the arena with their flashlights again as Billie floated through the artificial cosmos singing a beautiful version of “Ocean Eyes.”

The show ended with Billie standing at the skirt of the stage singing “Happier Than Ever” as cannons of confetti exploded over the floor. It’s hard to put into words but this show was a spiritual experience. Unlike other pop stars, there’s an undeniable level of authenticity to Billie’s relationship with not on her artistic expression, but also how she chooses to connect with her fans. The future is bright for Billie and her brother Finneas. Together they have a beautiful relationship as brother and sister who found a way to create something much larger than themselves.