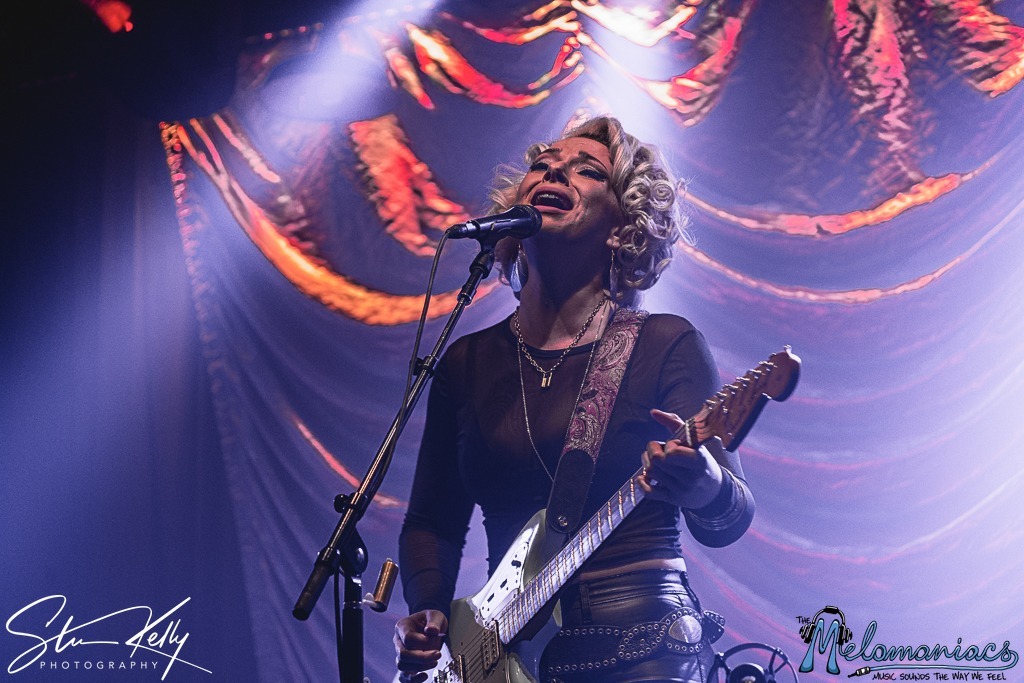 Samantha Fish recently released her first single from her upcoming studio album Faster. The new track titled “Twisted Ambition” showcases exactly what fans have come to love from Fish over the years: Her prowess as a vocalist and her piercing, heavy guitar solos.

The Kansas City native has been busy on the road recently, presumably road testing some of her new material as well. The follow-up to 2019’s fantastic Kill or Be Kind, Faster was produced by Martin Kierszenbaum and features Last Bandoleros bassist Diego Navaira and former Guns N’ Roses and Nine Inch Nails drummer Josh Freese. Fish’s new single embodies a theme of empowerment.

“It’s about flipping the power structure, the power dynamic, in your life,” Fish said of the new single. “The world or a personal figure might be putting you down; it’s about taking control and owning your life and owning the situation. The whole record has a theme of taking charge and taking the reins, in a relationship or in life in general,” Fish continued. “I really thought that after 2020 I’d end up with a really dismal, bleak album, but instead, we came up with something that’s fun and sexy and so empowering.”

Faster will officially be released on September 10 via Rounder Records. Fans can preorder the album here, which will be released on all streaming platforms as well as various physical releases including vinyl and CD. Fish is also offering several signed packages via her online store. Check out the track listing for Faster and watch the official music video for “Twisted Ambition” below.