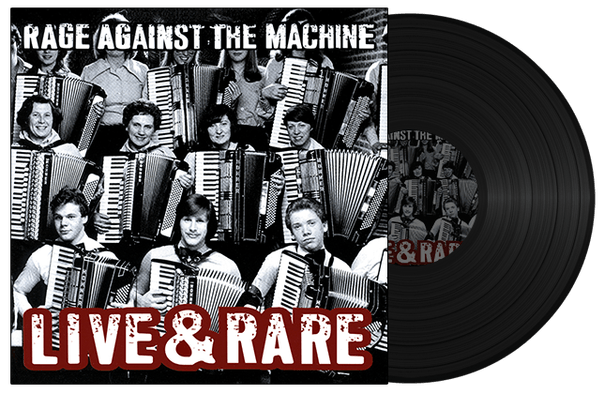 Rage Against the Machine released Live & Rare for the first time on vinyl last November as part of an official Black Friday Record Store Day release. This was the first live album released by the band, which was originally only released in Japan in the summer of 1997, and later available overseas on CD as an import. The album includes explosive versions of original Rage numbers like “Bullet in the Head,” “Take the Power Back” and “Bombtrack,” but when you peel back the layers you find some serious diamonds on this album.

Live & Rare features some incredible interactions from frontman Zack de la Rocha to to audience. Right before the band breaks off a cover of Allen Ginsberg‘s poem “Hadda Be Playing On the Jukebox,” de la Rocha singles out a group in the audience who were “looking like a bunch of frat boys at summer camp and shit.” It’s fitting Rage decided to pay tribute Ginsberg, who is wildly considered a founding father of the Beatnik generation and the counterculture movement that blossomed during the 1960s. The band’s rendition of this poem features a pocket groove from Timothy Commerford on the bass and Brad Wilk on the drums, who create a platform for Tom Morello to play avant-garde free form jazz riffs on his guitar while Zack belts out the lyrics. It’s truly something special.

One of the best things about these live recordings are listening to the band take a stance as activists. For example, before “Without a Face,” de la Rocha addresses the crowd and explains the band’s inspiration for the song, in an odd sense of foreshadowing to our current political climate.

“It seems as soon as the wall [in Germany] fell, the United States was busy building another one on the boarder of the U.S. and Mexico. Since 1986, as a result of a lot of the hate talk and hysteria that the government of the United States has been speaking, 1,500 bodies have been found on the boarder. We wrote this song in response to it – it’s called ‘Without a Face.'”

Check out the opening track “Bullet in the Head” below.